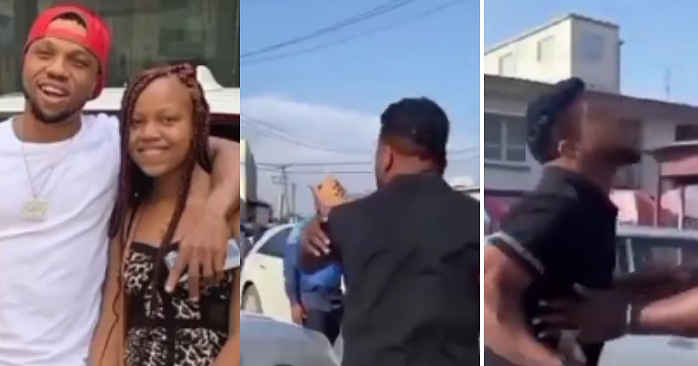 Nollywood actor, Charles Okocha has been trending online following a video which showed him smashing a man’s car glass.

In the video going viral, Charles Okocha was seen pacing around like a mad man and raging with anger, while vowing to deal with the guy.

Reoorts gathered that the young man who’s a friend to Charles had taken the girl out with his car to eat.

After pacing and shouting for some time, the actor grabbed a shovel and began to smash the guy’s car glass into pieces. He also dragged his alleged daughter out of the car.

However, the video has sparked controversy on social media as some fans believe it’s just a skit.

Man who saw Charles Okocha’s crazy side after taking his alleged daughter out, speaks (Video)