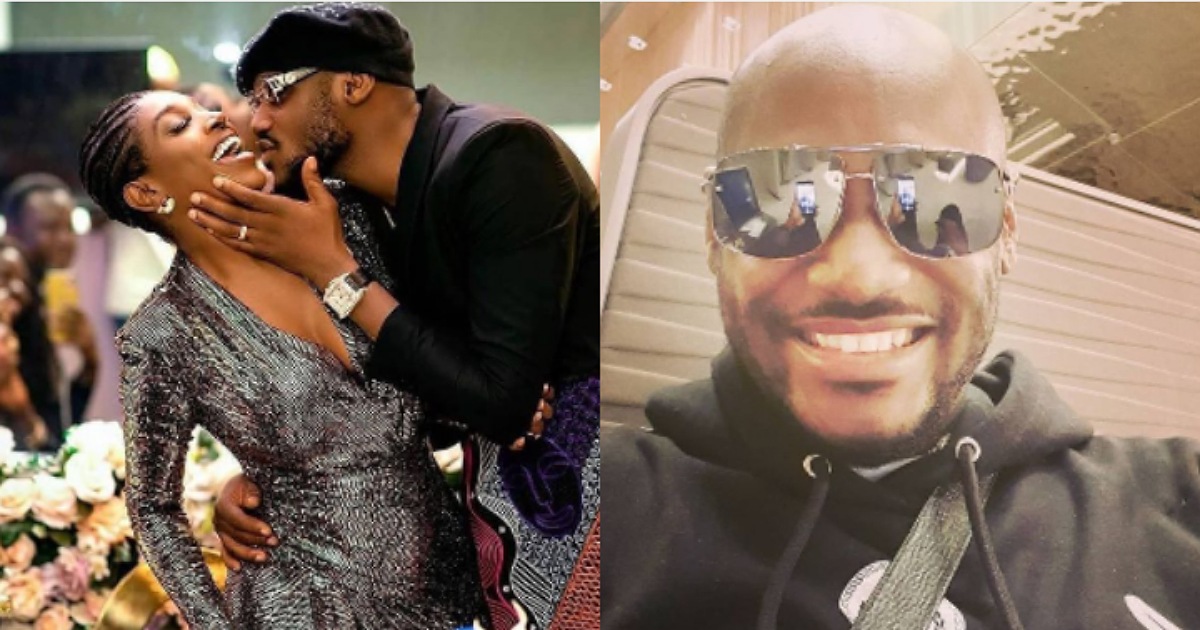 Conflict has ensued once again in the home of the Iconic 2Face Idibia as his wife, Annie has allegedly smashed the head of her husband with a fire extinguisher.

This development comes weeks after Annie had taken to social media to rant about her marital woes with regards to her husband paying too much attention to his baby mama, Pero. 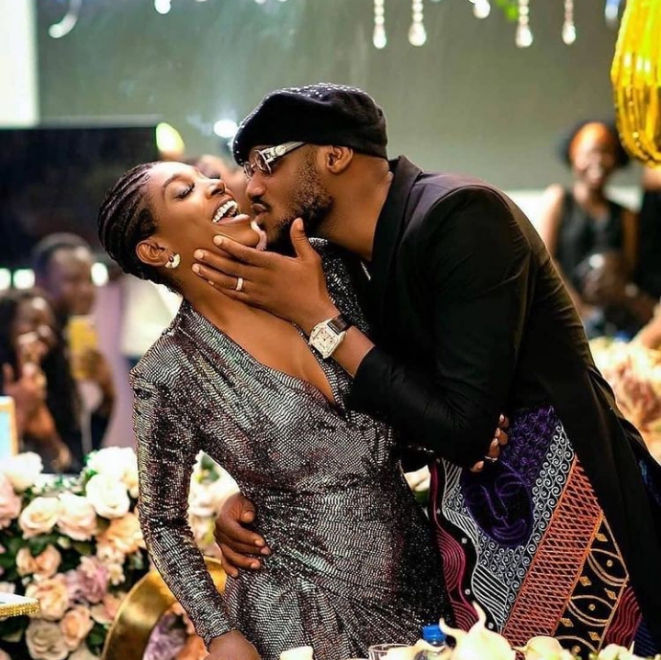 Reportedly, both parties were said to have amicably resolved their issues, even though 2Face fled to the US shirtly after the fight.

But in a new development, an Instagram user with the handle, Trapselena has alleged that Annie went haywire, which resorted to destruction of gadgets and apparently inflicting injury on her husband with a fire extinguisher.

“Annie I thought you posted that everything is okay with you and 2face, why were you raving mad yesterday in the house, to the extent that soldiers came to separate fight. If you people are tired of the marriage just go your separate ways.

“Annie zukwanike. Igbo people say that ogbu mma adighi ekwa ka mma ga ya na azu. He who lives by the sword doesn’t allow anybody with even ordinary knife to pass behind him. When you were sleeping with Sylvia Edem’s husband, you didn’t know that they will sleep with your own too.

“That’s how you spilt his head with a fire extinguisher at uncle Nosa’s hotel in asokoro. How you trashed a room in Wells Carlton breaking TV and mirror because you are fighting him for paying too much attention to Pero. Everything with you is violence.” 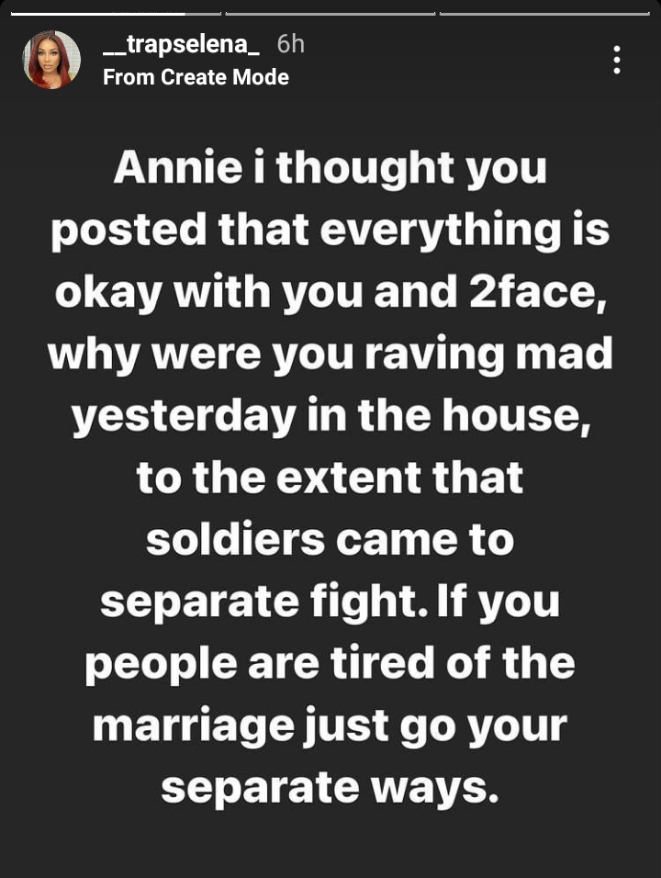 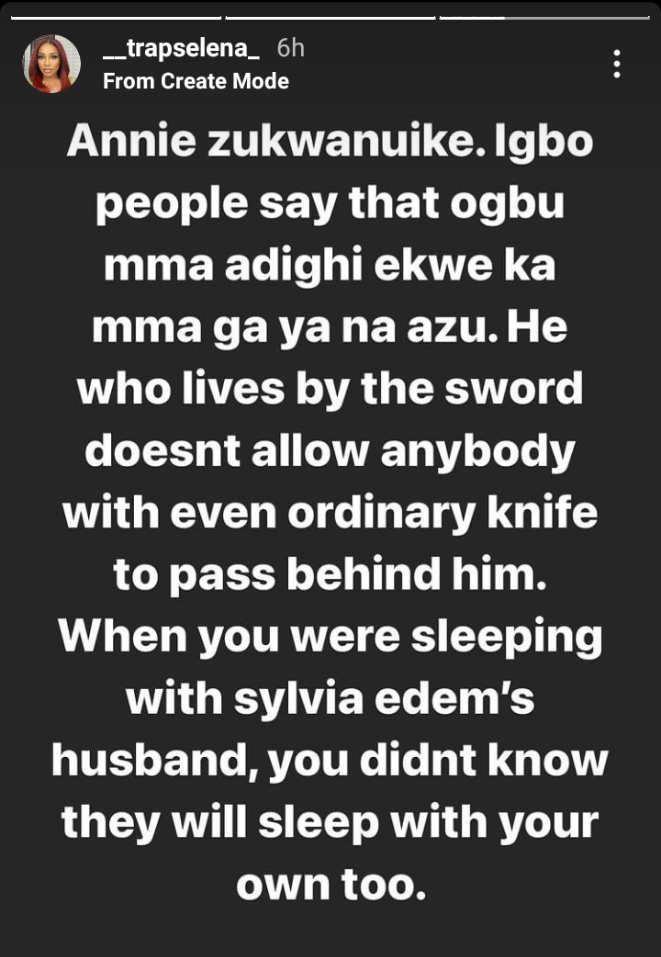 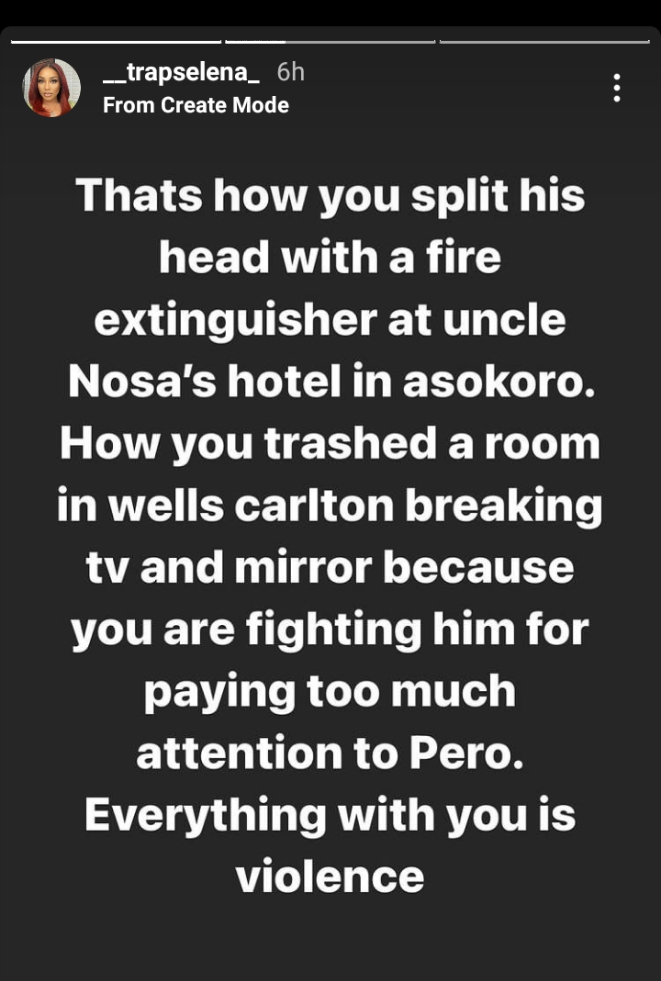 Nigerian lady laments about her ordeal from her past relationship