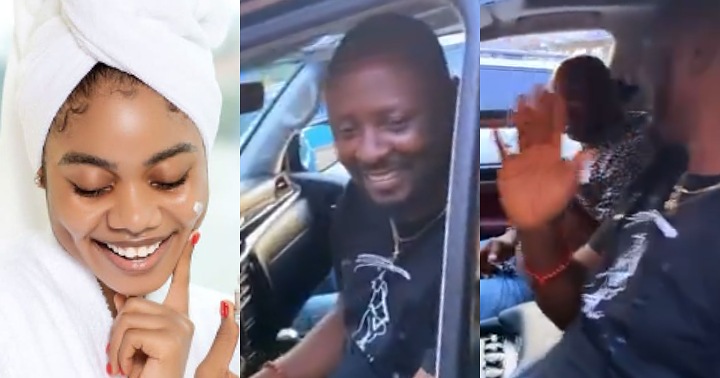 A video making the rounds on social media has captured the moment Janemena delivered “abaya” to Prince Kpokpogri.

This confirms viral reports that the duo have been friends for some time, as Janemena in her Instagram page, showered praises on him, referring to him as a boss.

Sharing the video, she thanked him for his constant patronage.

This comes shortly after Nigerians shared an old video of the two together back in 2020 before her shop opening. Jane Mena was spotted in the house of Prince Kpokpogri who was welcoming some people into his house.

The video also confirmed they have known each other for some time as it appeared Jane Mena was in the house before the guys came in.