BBNaija’s Angel sparks reactions as she announces her engagement 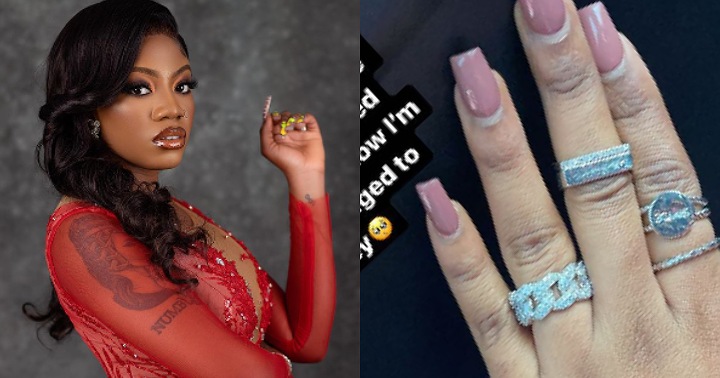 The reality TV star, in a funny post which she shared via Instagram, announced that she has gotten engaged to money.

She shared a photo of her alleged engagement ring, and revealed how she was mocked by trolls who told her that she can never be a “wife material”, due to her lifestyle.

She however added that although she believed that they were saying the truth about her, God proved them wrong by sending her lover to her in the form of “money”.

“It feels like just yesterday when people told me I will never be a “wife material”. The wound is still so fresh in my heart. I thought they were right but God proved them wrong and now I’m proudly engaged to money.” 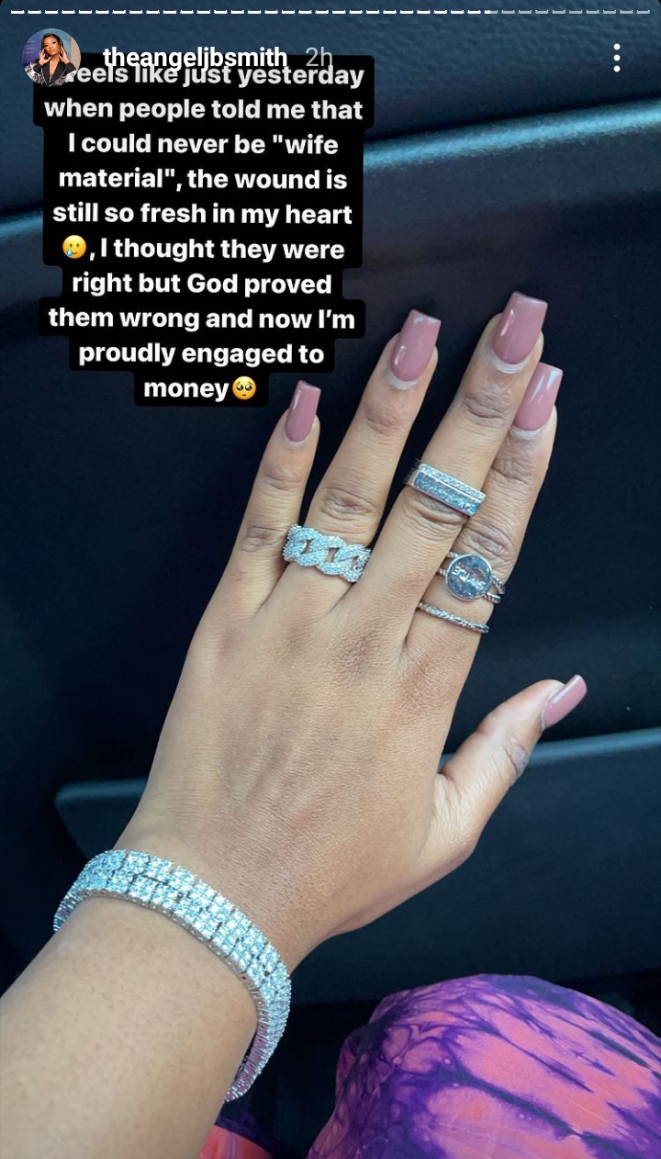