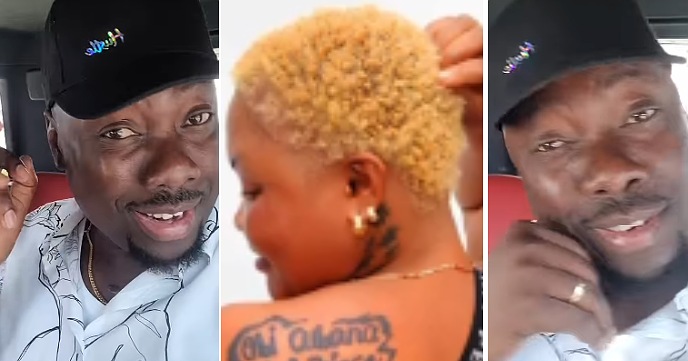 Popular Nigerian billionaire, Obi Cubana has replied a lady who openly expressed her love for him with a tattoo.

The lady drew a tattoo of socialites, Obi Cubana and Cubana Chiefpriest at her back, and it has since gone viral on social media.

Sharing the video of herself with the tattoo at her back, the lady stated openly that she loves the duo so much and had to draw a tattoo of them.

Reacting to this, Obi Cubana stated in Igbo dialect that the matter is too much for him to handle.

Cubana Chiefpriest on his own part, advised the lady to come and collect uniform to do waitress job.

“Make she come collect uniform do waitress job. Make she choose which branch she wan work. No be only Chief prince, na chief king”