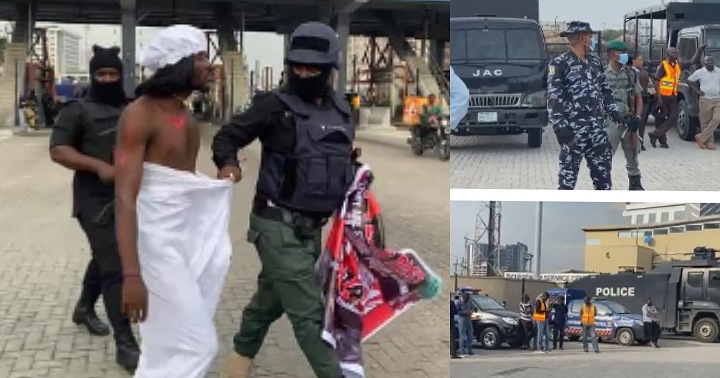 Two persons have been reportedly apprehended at Lekki tollgate this morning following the announcement of #Endsars anniversary.

Reports gathered that there have been a heavy police presence at the Lekki tollgate as Nigerians plan to commemorate the one-year anniversary of the October 20 EndSars Lekki toll gate protest that turned bloody.

According to BBC, one of those arrested claimed he was a journalist while the other person stormed the tollgate with a placard with the intention to stage a protest.

“They made us doubt our sanity”, Falz reacts to…

The two persons are currently in police black maria vans.

Recall, the state police command released a statement on Tuesday warning residents of the state against staging any street protest. According to the statement, only indoor and virtual events will be allowed.