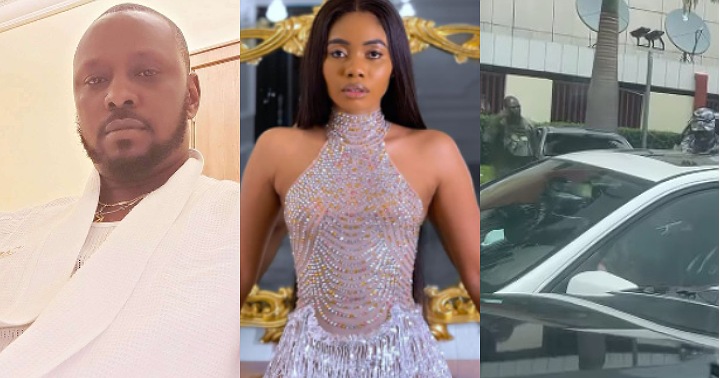 Controversial politician, Prince Kpokpogri has claimed that he is not the person behind the viral voicenote gossiping about Janemena.

Recall, days ago, a voicenote surfaced online where Prince Kpokpogri allegedly confessed to sleeping with Janemena on several occasions.

In the viral voicenote, Kpokpogri claimed that Janemena enjoys the act as she spends time making out with him from morning till night.

Janemena dragged for baring her chest in the presence of her…

He also claimed that Janemena married her husband and he doesn’t satisfy her the way he does.

However, during a live session today, Kpokpogri denied being behind the viral voicenote. According to him, he is just friends with Janemena and the tape was doctored by haters.

He also claimed that his arrest was fake and he was not detained by anyone.