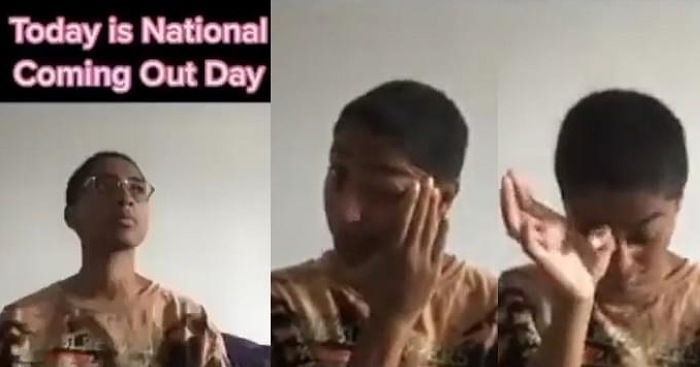 The video of a Nigerian lady who opened up to her father about being attracted to a female, has sparked controversy on social media.

In the video, the lady identified as Anita, who has a Nigerian dad and an Indian mum, decided to tell her father about her sexual orientation and the fact that she isn’t attracted to the opposite sex.

She however it hard to hold back her tears after her dad declared his love for her despite telling him that she has a girlfriend who she is in love with.

Lesbian, Amara vows never to return to her mother’s…

Singer Tekno advises government on how to fix Nigeria

After she told him about her girlfriend, her father said he’s happy with her decision so far she’s also happy and healthy. He went ahead to wish her the best in her relationship.

Reacting to this, the proud daughter told him she loves him and her dad told her he loved her more and went on to give her relationship advice.