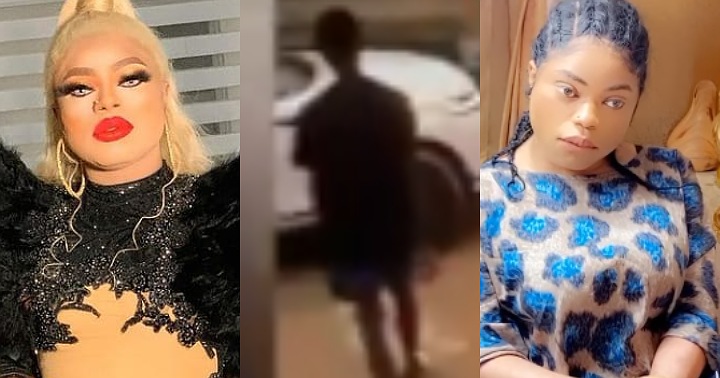 Bobrisky is making headlines again following a viral video of the crossdresser visiting his brother and grandmother.

The crossdresser visited the duo over the weekend in his usual manly attire, as seen in the video.

However, fans dragged the self acclaimed Mummy of Lagos for bragging so much about living in a “mansion”, while his family lives in the “trenches”.

Recall, months ago, Bobrisky explained his reason for dressing like a man whenever he wants to see his family.

When asked why he dressed like his real gender to see his father on his birthday, Bob said;

“There is absolutely nothing wrong with what am wearing… I wore a face cap and a black jalabia. I’m not d celebrant I don’t have to paint face to my dad house. I respect my family. Oh you think my parent don’t see my IG. Mtcwww.”