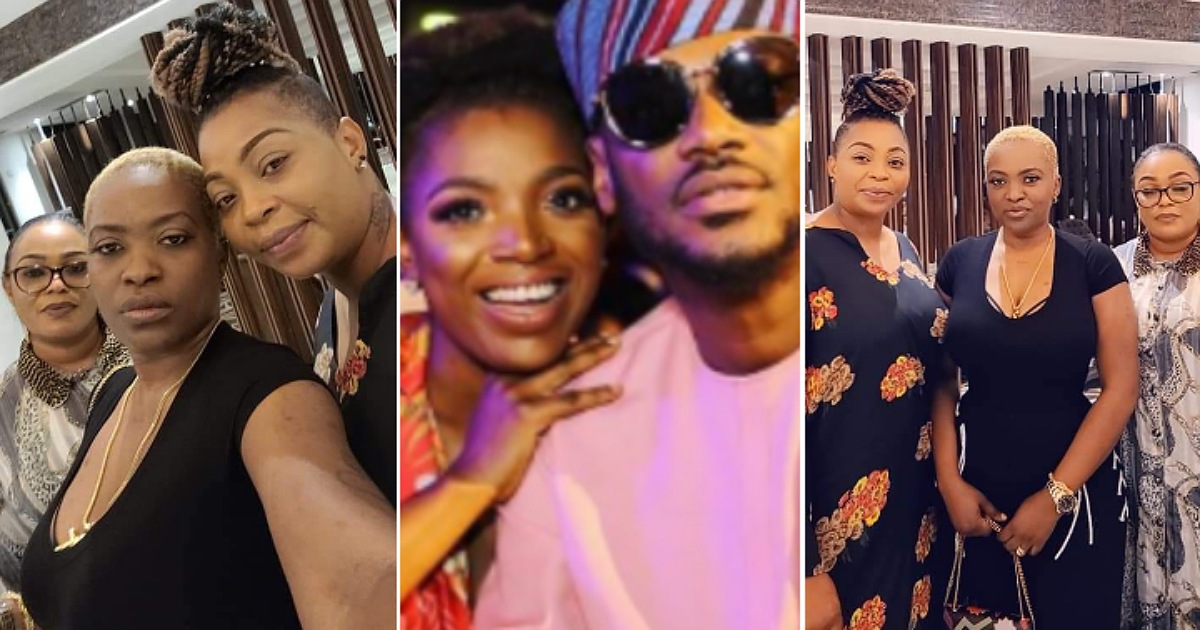 Tuface Idibia’s babymama, Pero has sparked uproar on social media after she was spotted hanging out with some of 2Baba’s circle of friends and family.

Recall, Pero landed in Abuja few days ago and fans dragged her for arriving same time with her babydaddy, 2baba.

The coincidental arrival of the duo triggered speculations from fans about the fate of 2Baba’s marriage.

In new photos that surfaced online, Pero was seen alongside two women, who reports claim are friends and family of 2Baba.

The women, according to reports making the rounds, described Pero as the “first lady” who can never threatened by anybody.

Describing her in the photo, the women said: “Pero, the unbothered, unshakeable and unmovable first lady.”