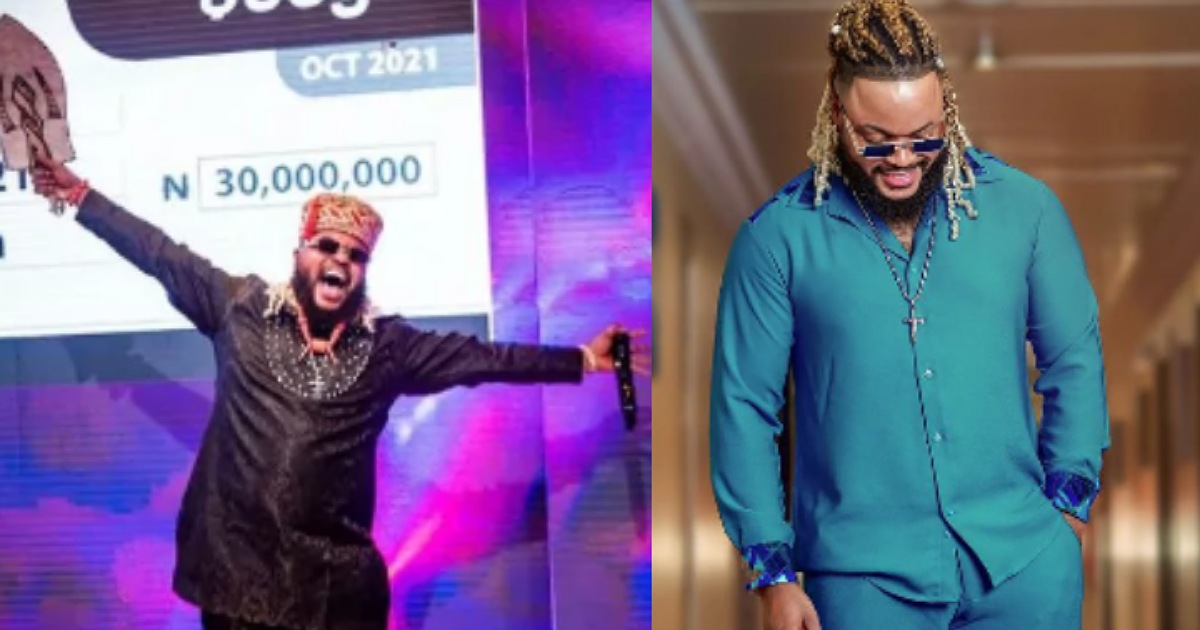 Winner of Season 6 of BBNaija’s ‘Shine Ya Eye’ Edition, Hazel Oyeze Onou, popularly known as Whitemoney, has finally opened up on who he perceived as his biggest rival while in the house.

In an interactive session with Ebuka Obi-Uchendu, the show’s host, and other reality show organizers, Whitemoney brought the information to the fore.

According to him, Liquorose was his main opponent in the house.

He claimed that the dancer never lost focus during the game, adding that after interacting with her on several occasions, specifically during the presentation, it became crystal clear that she was a strong opponent to overcome.

Liquorose who was one of the finalists of the season emerged as the first runner at the grand finale on Sunday.

Also, while in the house, she was the housemate that won the highest amount of money from tasks in-house.

It was learnt that the amount won by Liquorose is pegged at over 20 Million Naira.