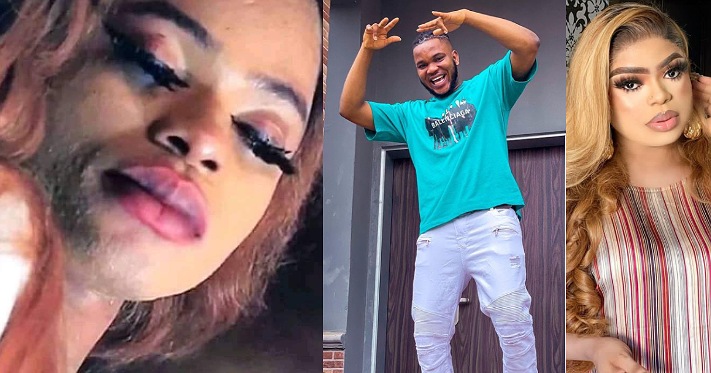 Popular crossdresser, Bobrisky has ordered Zfancytv and others to take down a prank video of him which has been circulating.

According to him, his permission was not sought before the video was sent out.

He has threatened the parties involved with police arrest.

In heated posts, he chronicled how the prank video came about and how it spiraled into something he was furious about.

“Let me quickly explain what happen to you guys to you all, Ktsele called me that he wanted to see me for a business meeting at intercontinental hotel that one of his friend want to meet me for a brand influencing. I went to see him only for me to be pranked by zfancy. I wasn’t okay with the whole bullshit I told Kevin about it.

He said I should calm down that he will talk to those guys not to post the video. At the end of the day, they were able to talk me in that they will let me see the video first before they upload it bla bla it, only for me to just see my video flying everywhere yesterday,” he wrote in an Instagram post. 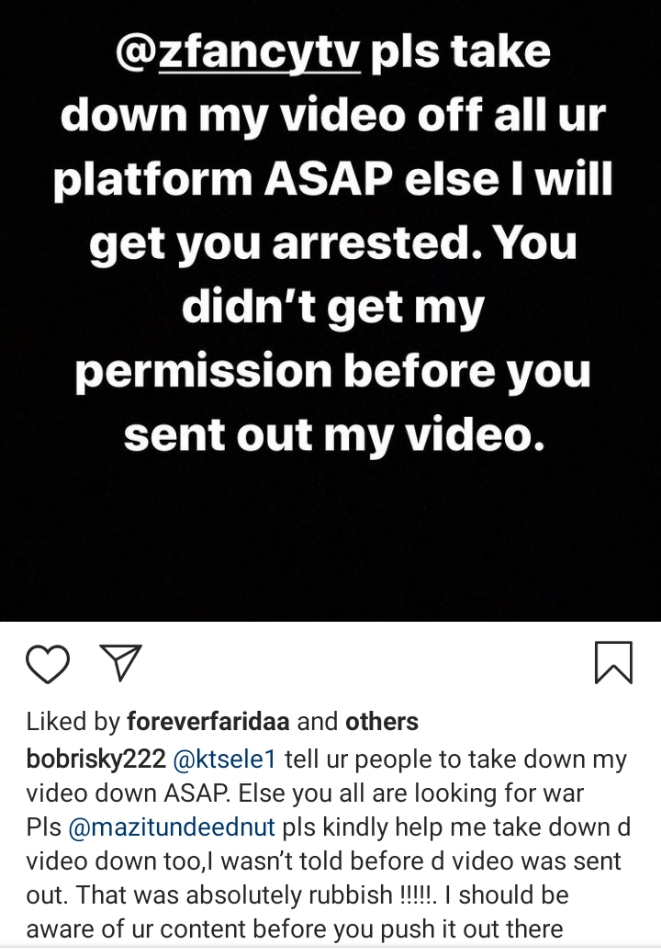 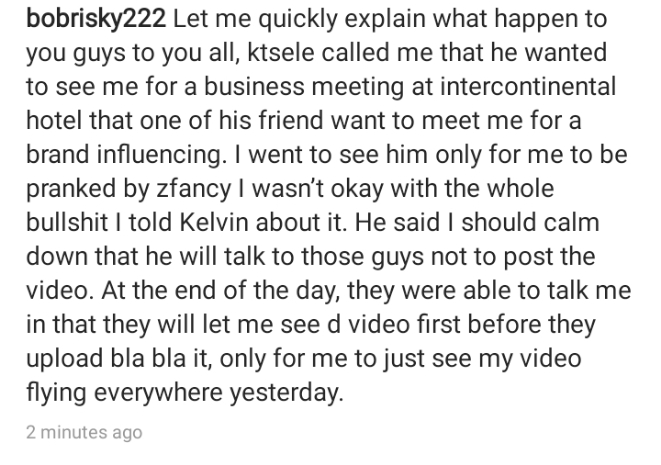