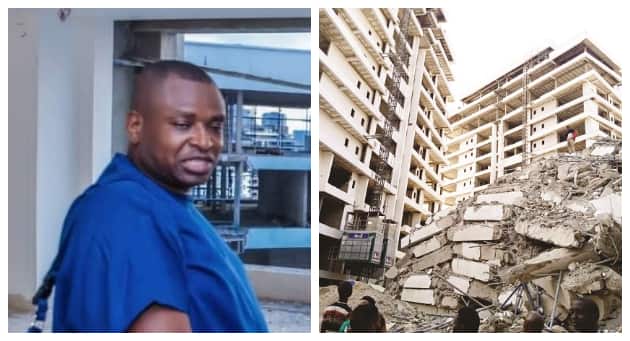 Until the 21-story tower collapsed on Monday, November 1, little was known about Femi Osibona’s humble beginnings and real estate breakthrough. According to Vanguard, Ashimolowo revealed on Osibona that the builder of 360 Degrees Towers in Ikoyi started making it big after listening to his cassettes.

In a viral video, the pastor of the KICC said:

“After listening to my records, he stated he built 12 apartments in London, in a neighborhood known as London Fields, and had sold eight of them.”

“He came back to me and asked, ‘Pastor Matthew, lay hands on me; where else should I go?’ He stated I should pray for him since he wants to go to South Africa.”
Ashimolowo shared the following information about Osibona in the video:

In London, 12 apartments were constructed.
In South Africa, 125 residences were built.
Have you ever had an exponential breakthrough?
In Ikoyi, he built 40 apartments and sold each one for around $1 million.
On Alexander Road in Ikoyi, three skyscrapers are now under construction.
At least three skyscrapers are owned by him.
In Abuja, a spiritual man sold shirts and ties.
Watch the entire video here: