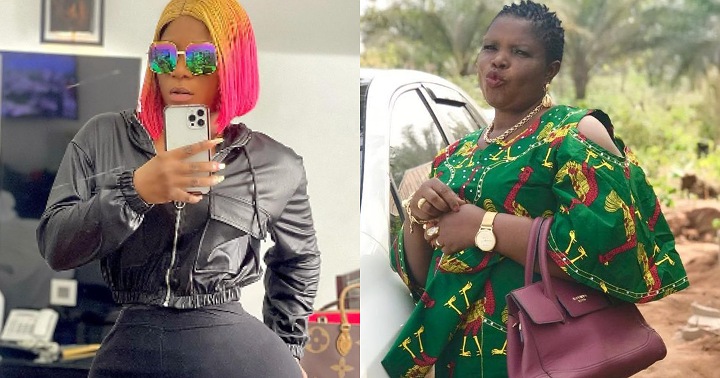 The alleged actions of actress Destiny Etiko‘s mother, who was also an actor in the past, has been making headlines.

During the ongoing clash between Destiny Etiko and Luchy Donalds, a post was released by Instagram blogger, cutie___juls that disclosed that Etiko’s mother allegedly sabotaged her colleagues’ jobs when she was active in the entertainment industry.

According to the report, Etiko’s mother was an aggressively competitive actress who always pulled the other actresses down with her malicious gossips.

All my wealth, fame, is vanity at the end – Actress, Destiny…

These acts of hers would make the roles meant for the actresses be given to her instead.

The post strongly suggested that the belligerence of Destiny Etiko was genetic and could be traced to her mother who was known as Mrs. Etiko in the late 1990s and the early 2000s.

“Yes na, blood no dey lie. That was the same way her Mum fought a lot of women then. As soon as any mother gets a better role, Destiny’s mom will beef and gossip abt the person until the producer wither divert the role to her or change the person even tho she no sabi act. Visit Naiko Hotel in Enugu and ask old actors who Mrs. Etiko is. Blood strong oo,” the post read.

“Don’t let him hear this” – DJ Cuppy reacts to a man’s comment about her father, Femi Otedola