“I’m not your man, I’m a woman” – James Brown reacts after lady called him her man (video) 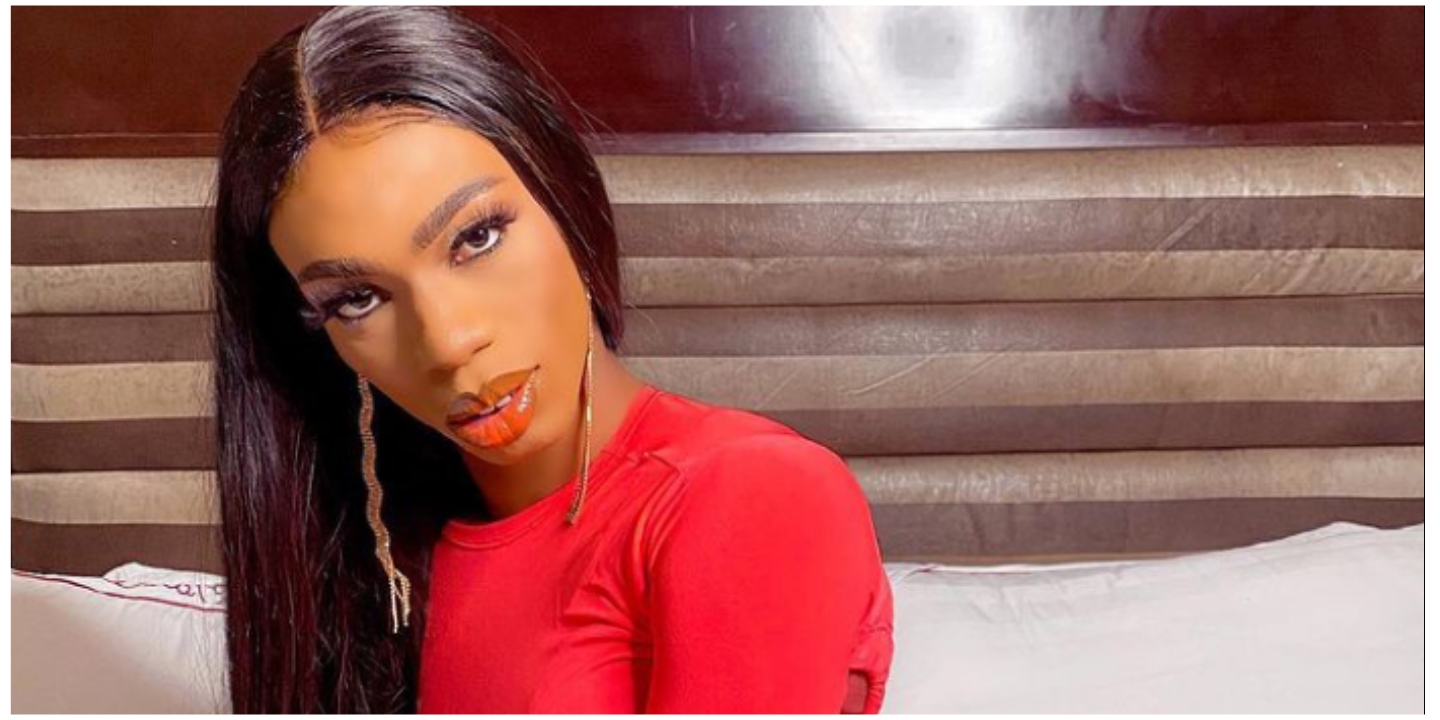 Popular Nigerian crossdresser, James Brown, has reacted after a lady called him her man. The lady referred to James Brown as her man while participating in a viral challenge on TikTok.

The lady joined the ‘this is your man?’ video challenge and used James Brown’s photo as background of the video.

While reacting to the video, James Brown said that he is not her man, as he is also a woman. According to him, he is hustling to get a man that he can call his own.

The crossdresser in a funny video he shared on his Instastory, stated that if the lady should lend him her boyfriend, he will accept him.

James noted that he is not the lady’s man, but a woman like her. According to him, they are both ‘hustling’ for a man.

In another news, James Brown revealed that he is a woman with manhood and he is not ashamed of it.

His words: “Im a WOMAN with a D**k & I’m not ashamed of it instead I became a Princess with it”, he wrote.

Singer Tekno advises government on how to fix Nigeria