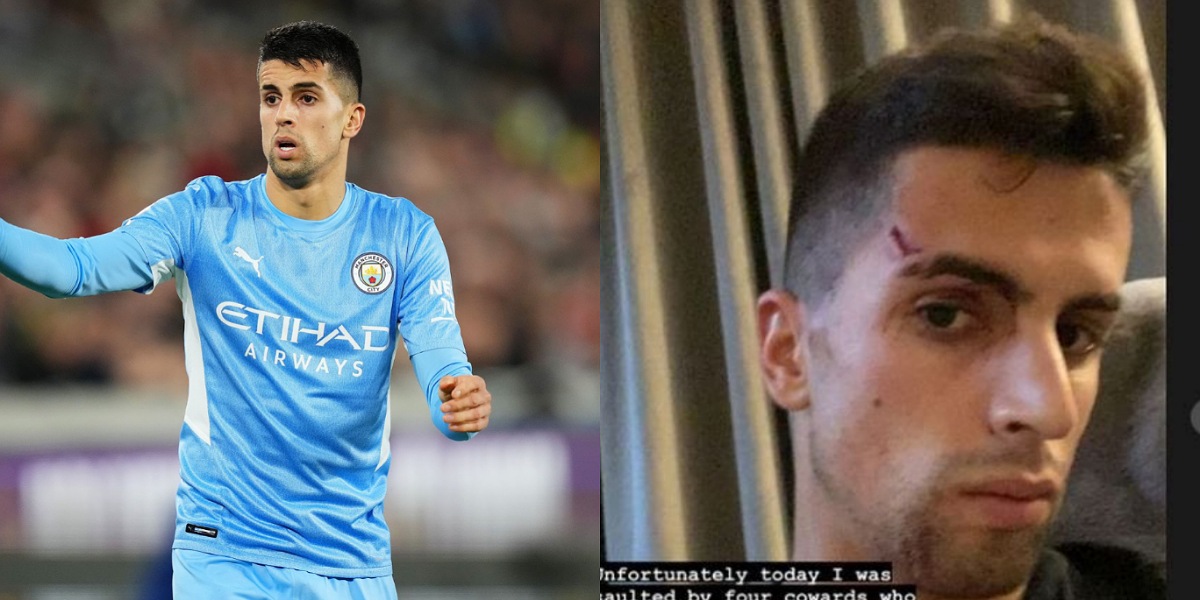 Manchester City defender, Joao Cancelo has revealed he was assaulted by four burglars who stole jewellery from him and tried to hurt his family.

The Manchester City full-back showed off injuries to his face in an Instagram Story on Thursday evening, saying they were sustained as a result of the attack.

Joao Cancelo, 27, did not say where the attack happened, but Manchester City later said it was during a burglary at the player’s home.

“Unfortunately today I was assaulted by four cowards who hurt me and tried to hurt my family. When you show resistance this is what happens,” Cancelo wrote on Instagram.

The photo he shared showed a deep cut above his right eye.

“After so many obstacles in my life this is just one more that I will overcome. Firm and strong, like always,” he added.

“We are shocked and appalled that Joao Cancelo and his family were subjected to a burglary at their home this evening during which Joao was also assaulted.

“Joao and his family are being supported by the Club and he is helping the police with their enquiries as they investigate this very serious matter.”

“The only African Giant!!” – Fans react as Burna Boy sprays money at his concert (Video)