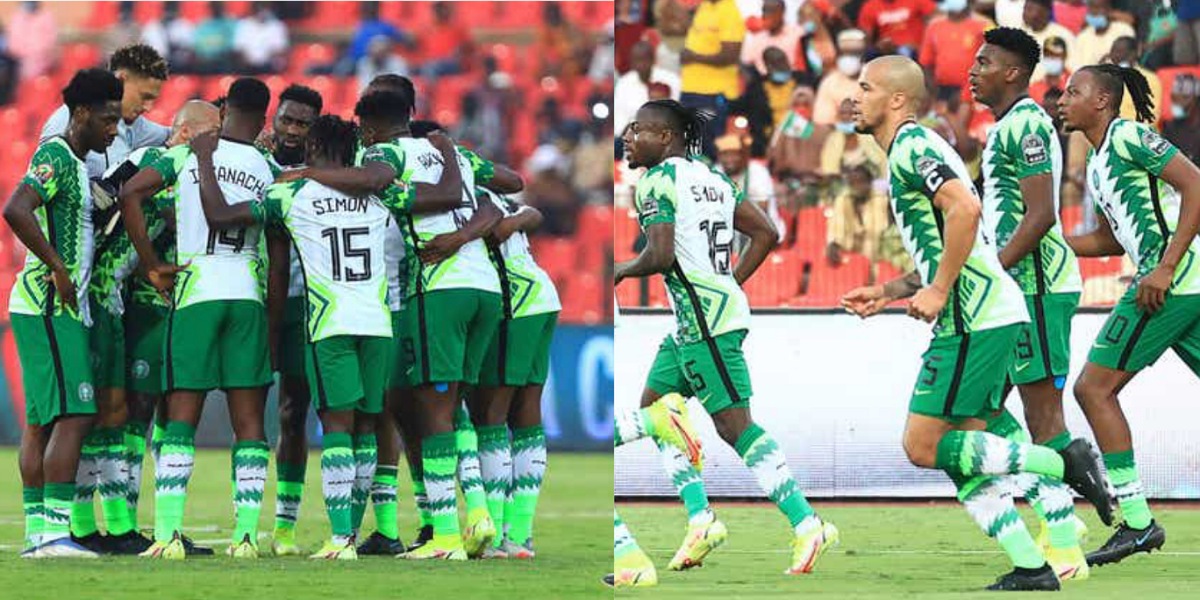 Nigeria cruised to a 3-1 statement victory over AFCON minnows, Sudan in their second group game on Saturday, making it 2 wins in two.

It means the high-flying Super Eagles are through to the Round of 16 at the 2022 African Cup of Nations with just a game to spare, following a historic and well-deserved win over 7-time champions, Egypt in their first group match.

World Cup play-off: We shall make Nigerians happy by…

Villarreal winger Samuel Chukwueze struck after just three minutes of Saturday’s clash at the Stade Roumde Adjia in Garoua to set Nigeria – who beat Egypt in a heavyweight opening fixture – on their way to a second straight win in Group D.

Taiwo Awoniyi added a second in slightly fortunate circumstances on the stroke of half-time, before Moses Simon struck straight after the interval.

But Walieldin Khedr Safour Daiyeen notched Sudan’s maiden goal of the tournament – and his first at international level – from the penalty spot with 20 minutes left after VAR intervened following a foul by Ola Aina.

However, that proved to be only a consolation goal as Augustine Eguavoen’s Nigeria side comfortably saw out Sudan which sees them join hosts, Cameroon and Morocco in the knockout rounds.