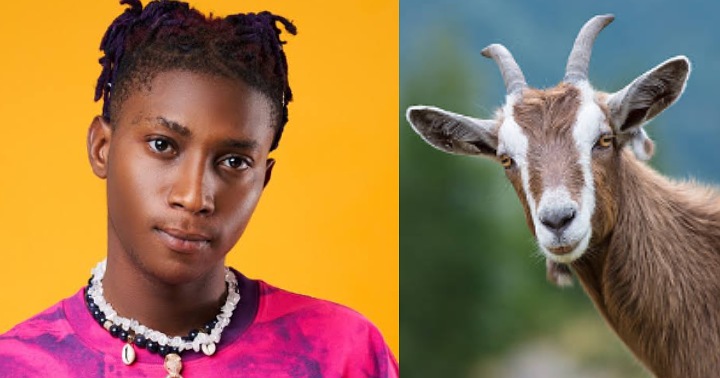 Nigerian singer, Bella Shmurda has narrated how a goat helped his mother to give birth to him in a traditional hospital.

According to Bella, delivery was hard for him mother at the time, but a goat outside the traditional hospital began to scream, and while it was screaming, the difficulty in childbirth ceased and his mother put to bed.

“I was born around 3am in the midnight, My mum said it was so hard for her but there was Goat outside the traditional hospital screaming meeeeeeehhh.

And while it was doing that I was coming out slowly till I was born. The goat did not stop screaming at backyard of the hospital in ikorodu to be precise ita elewa wera street”.