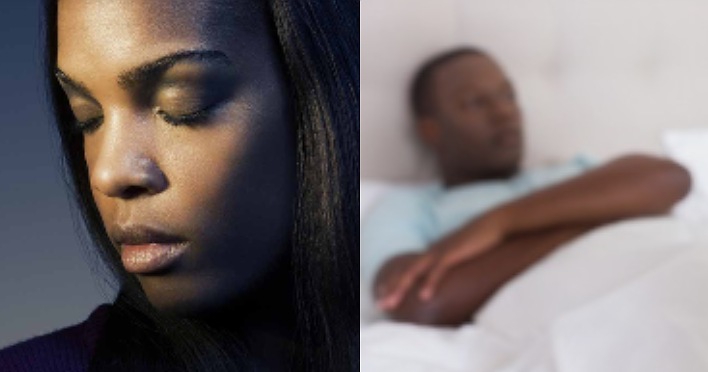 A heartbroken lady has cried out for help on behalf of her boyfriend who makes love to a spiritual wife in his dream.

She revealed that her boyfriend met the spiritual wife after seeking for good luck through a fortune teller on Facebook.

“Something strange happened last nyt I woke in the middle of the night n saw my fiancé twisting n whining his waist just as having sxx ,

I asked since when he said he came in contact with her through those people on Facebook who read tarot cards, it was a whyte lady who give her some directions to do so that a guardian angel will guide him n bring good luck n Favour after he did that direction that night the lady came to sleep with him n got married to him. Am so confused pls i need advice.”