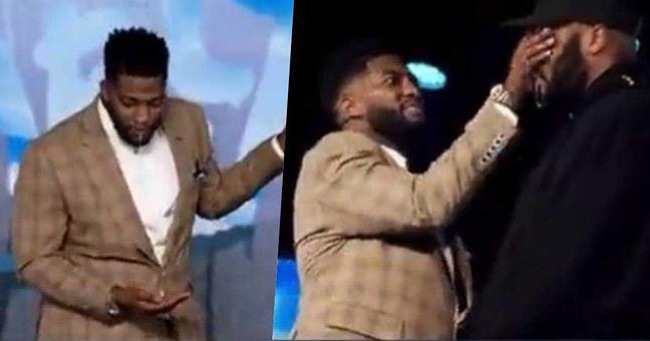 A video making rounds on social media has captured the moment Pastor Michael Todd rubbed his saliva on the face of a member of his congregation.

In the video, the lead pastor of Transformation Church in Oklahoma, America, during one of his preaching, made an illustration to explain why most believers turn their back on Jesus Christ.

During the demonstration, he stated that the vision from God sometimes comes in a nasty form as he illustrates by spitting on his hand and massaging it on the face of one of his members.

Married woman sent packing after reporting her husband to…

The video has gone viral on social media with some people insisting that it was wrong for him to rub his saliva on his member.

What going on with him? I’m outta the loop