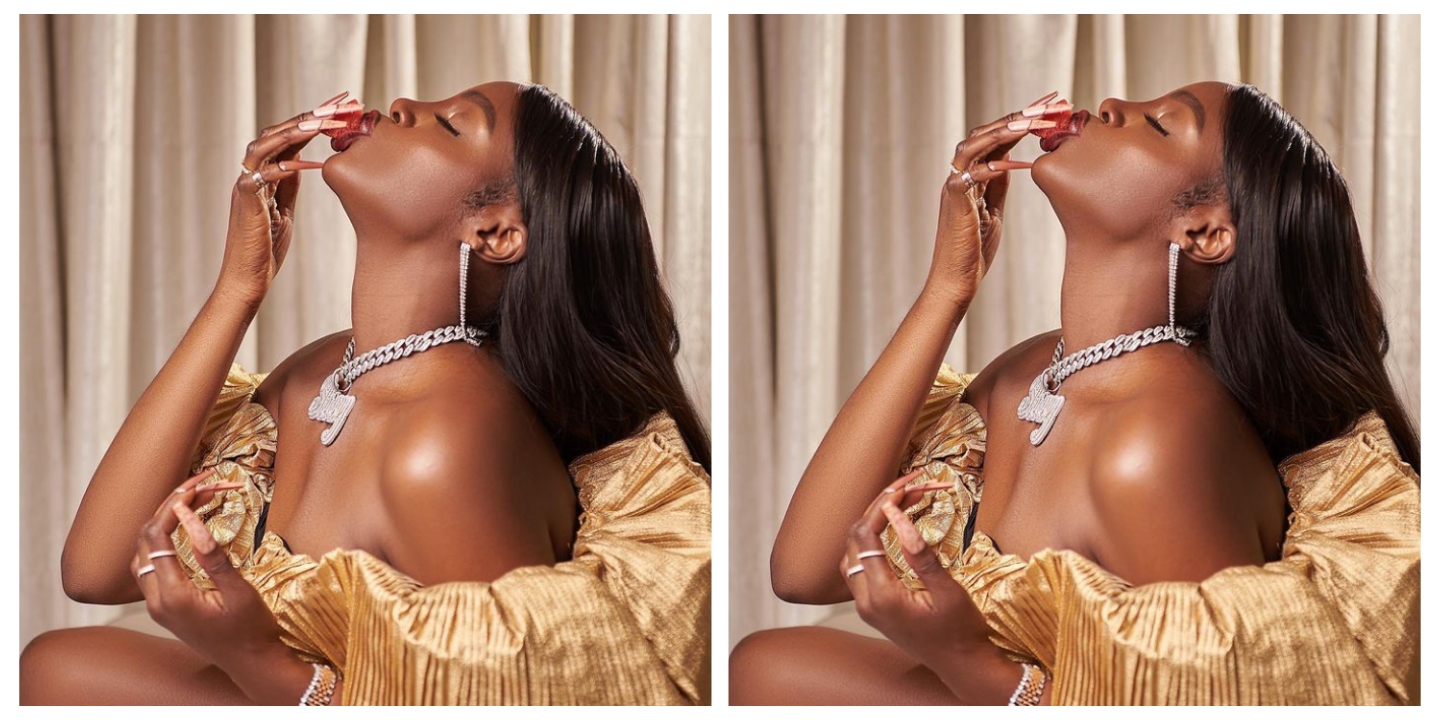 Ace Nigerian singer, Seyi Shay, has revealed that she is currently engaged to her lover.

The songstress made this known in an interview on Beat FM. She stated that she is enggaged to some guy.

The songstress who is heavily pregnant of her first child flaunted her engagement ring during the interview and the presenter asked about the ring on her finger.

In her response she stated that some guy gave it to her and asked if she would marry him.

“Some guy gave it to me and asked if I would marry him”, she said.

The singer who is obviously excited at her engagement ring added that the ring is real diamond.

This is double joy for singer Seyi Shay who is heavily pregnant of her first child and engaged at the same time.