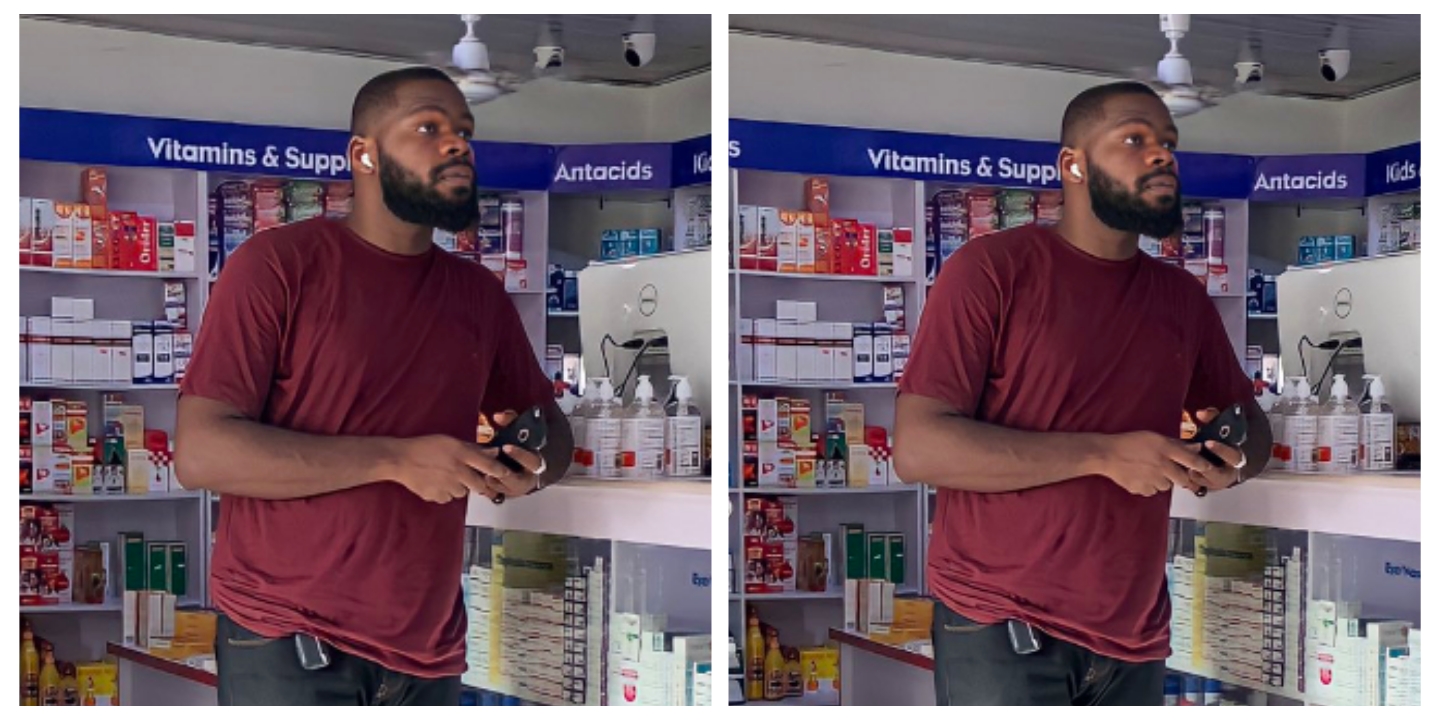 A Nigerian man has recounted how he paid his girlfriend’s school fees while in school, the girl left him for another man and still invited him to her wedding ceremony.

The man identified as Mr Mekzy on Twitter, stated that he paid his girlfriend’s school fees in 200l but she eventually left him for another man.

According to him, she apologized  and invited him to her wedding ceremony with another man.

His words read in part:

“I paid school fees for a lady I was dating in my year 2 in 2012. Her parents could not pay at the time, so I paid. Months later when her father gave her the 200k to give me, I told her to keep it and do whatever she wants with it cos of love. She still put my heart in a blender”. 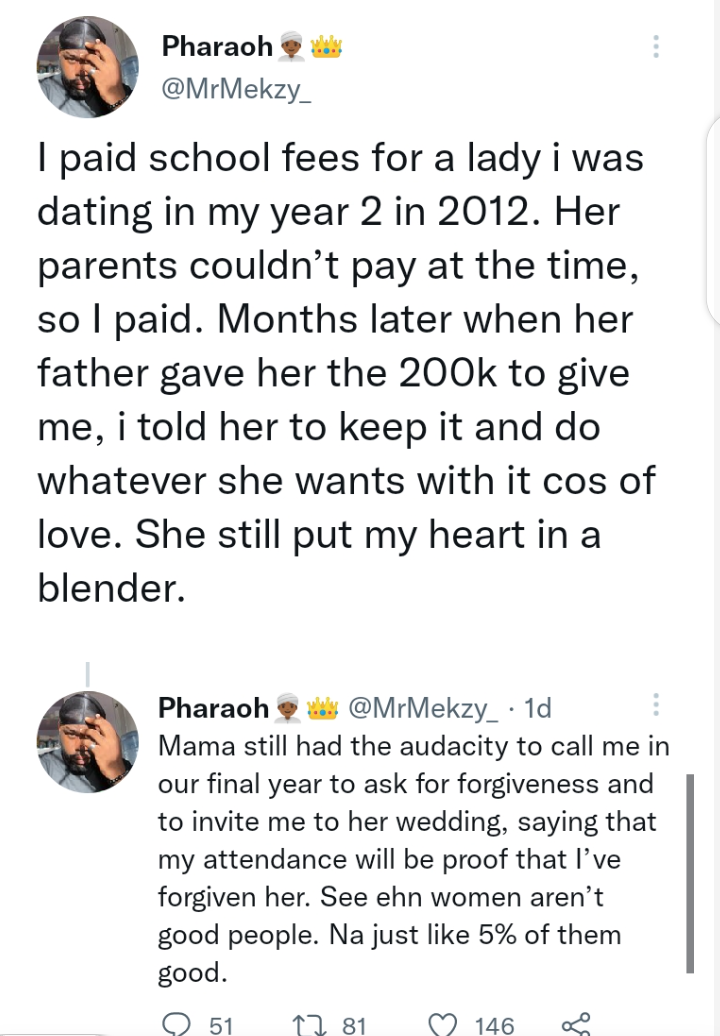 “Is something wrong with you?” – Toke Makinwa slams people who record themselves while crying

“There is nothing spiritual about sex” – Gay rights activist, Bisi Alimi