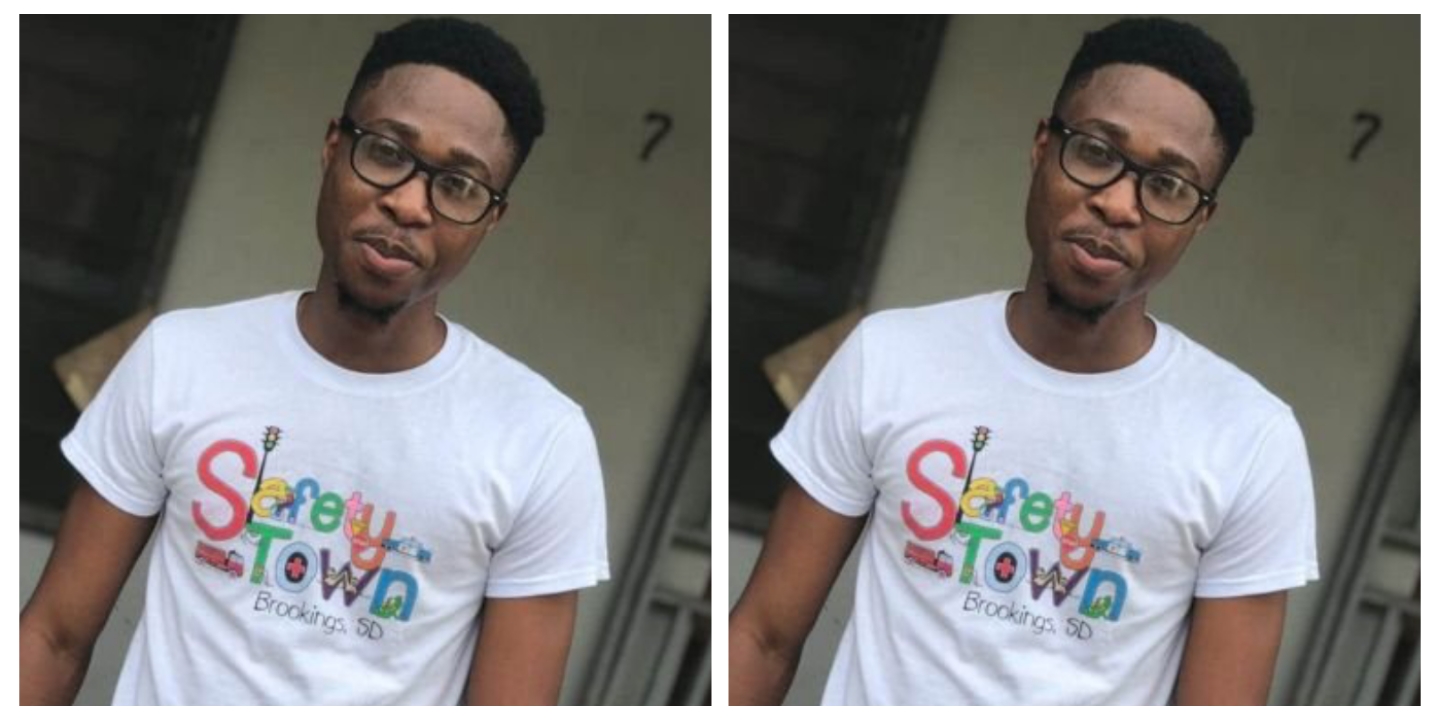 A man has reportedly return home after 5 years he was declared missing. He returned and discovered that his wife had remarried.

According to the story which was shared on Twitter by a man identified as Victor, the man got missing during one of his boat trips to Cameroon and was declared dead.

He however returned home a month ago and claimed he was rescued. To his surprise, his wife has remarried and says she can’t leave her husband.

“Mum’s younger brother got missing during one of his boat trips to Cameroon. He was declared dead after 5 years. Miraculously he returned last month, said he was rescued. Thing is, his wife already remarried & she’s saying she cant leave her new husband. Omo Everybody just confuse”. 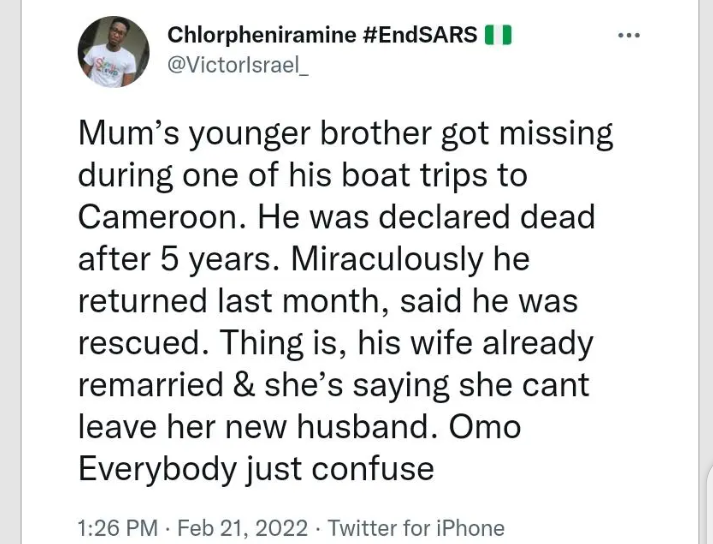 Businesswoman reveals what became of lady who passed subtle shade at her, after ending up with her ex

“Marriages can survive infidelity but not poverty” — Reno Omokri