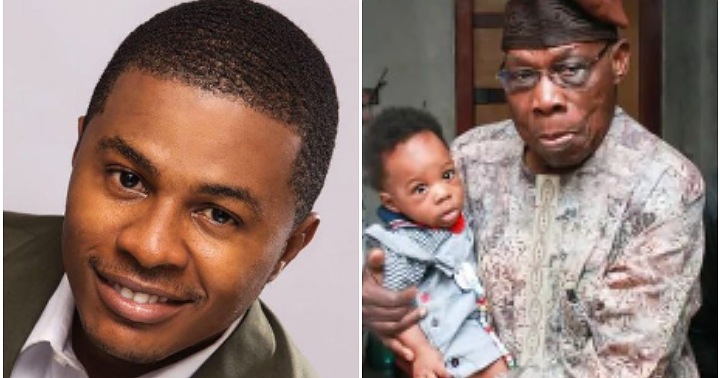 The entertainer who played “spiff” in the AM series, the johnsons recently shared photos of his child with the former president and has received trolling for his son’s resemblance to the former president. Ajibola and his wife welcomed a new baby in December, 2021.

Sam Ajibola replied the curious social media users asking him these questions to direct their queries to God as He’s the only one with the answer.

My generation should step down — Former President, Obasanjo

“For those of you asking yourselves questions about the resemblance, you can direct them to the Almighty. If you are close enough to Him, he will surely reveal to you… One love.”

How to impress the woman you like – Reno Omokri leaks secret