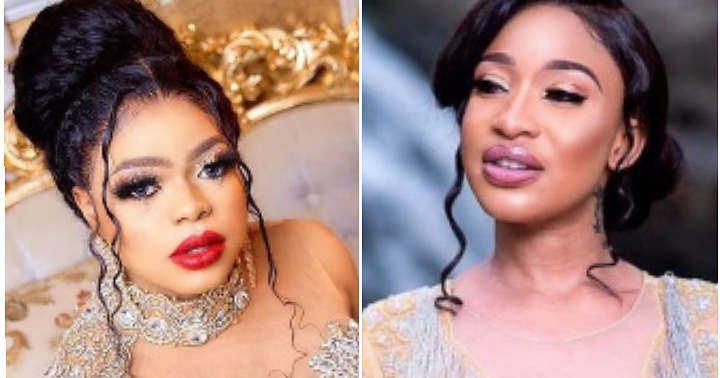 Nigerian crossdresser, Idris Okuneye, popularly known as Bobrisky has revealed how he would always tell Tonto Dikeh that he is not a lesbian.

The self acclaimed ‘mummy of Lagos’ revealed this via his Instagram page while dragging the actress to filth.

“This is the future” – Tonto Dikeh receives support…

He shared a video of the actress touching his ‘bre$ts’ and claimed that she was always trying to do that to him. He however made it clear that he’s not lesbian.

Sharing the video on his page, Bobrisky said;

“Even from the video na she dey touch me first. I told her I’m not a lesbian. I don’t like girls.”

Bobrisky and Tonto Dikeh have been dragging themselves for a while now and spilling details about their shady movements in the past.