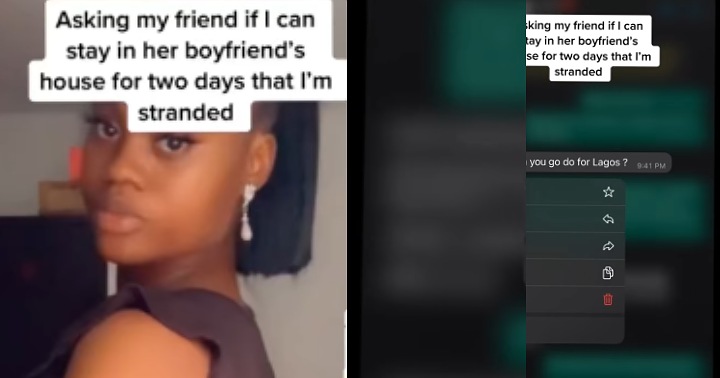 A Nigerian lady has shared her chat with female friend who stopped her from sleeping over at her boyfriend’s house.

Apparently, the lady who claimed to be stranded, begged her friend to allow her sleep in her boyfriend’s house for two days.

However, her friend was feeling so insecure about everything, and she quickly turned down the offer.

She further offered to give her enough cash to enable her get a hotel room rather than to go sleep with her boyfriend in his room, while she’s away.

Read screenshots of their conversation which has been going viral online,

After 16 years of waiting, Nigerian man dies three months after his wife gave birth to twins