Actress Ada Ameh shows off her son in emotional video 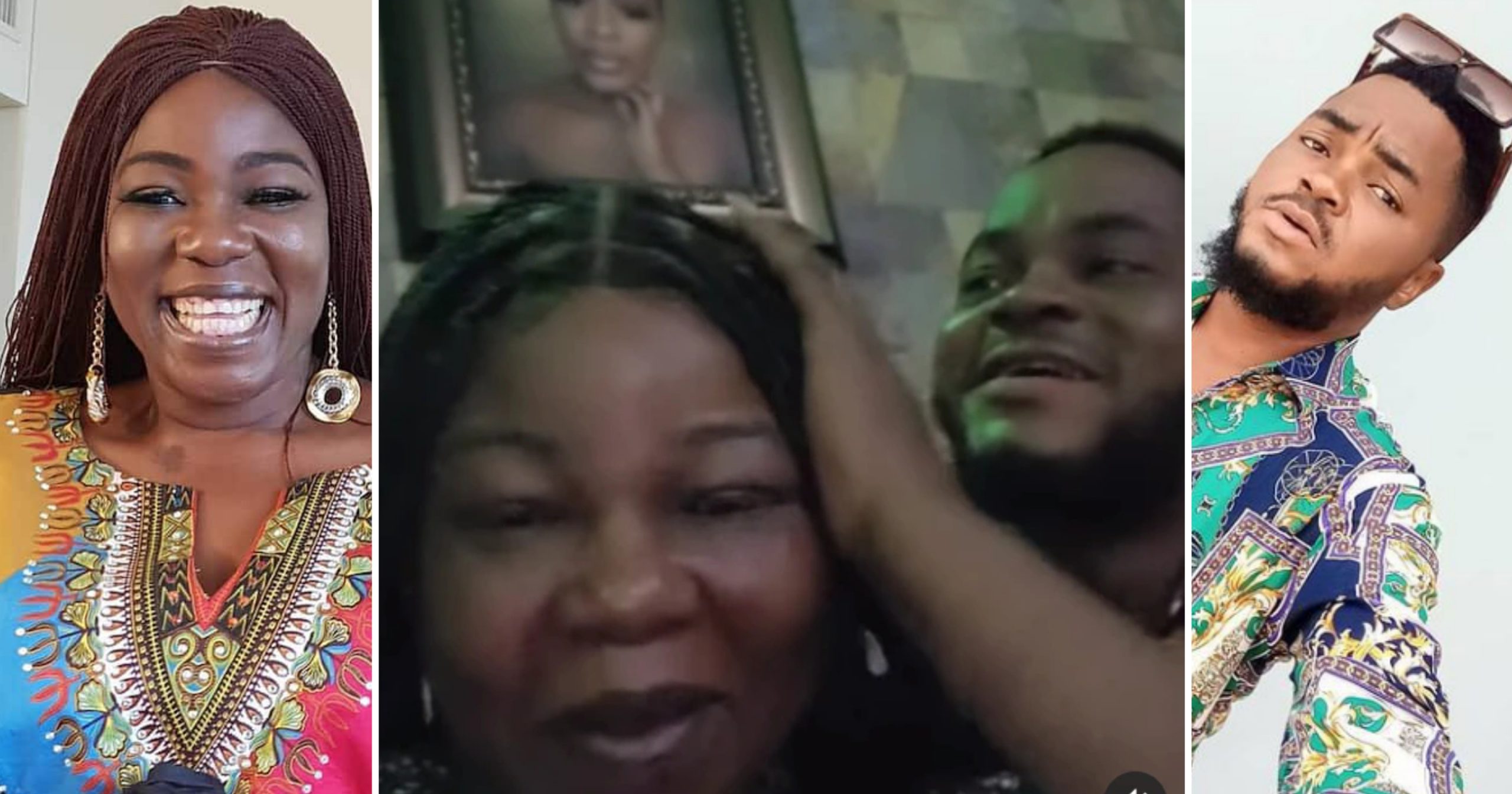 Veteran Nollywood actress Ada Ameh has shared a video of a man identified as Femi Kayode whom she described as her ‘son’.

The video showed her and her son having a good time as he got her hair done by himself. She captioned the post, “Thank you son @fekikayodeofficial.”

Actor Itele breaks silence as his secret affair with…

The actress has been allegedly going through mental health issues and has recently been getting lots of prayers from her fans and well wishers.

However, she recently returned to social media all smiles as she showed of her son who happens to be a hair dresser.

Recall, Ada had cried out through a post she made on her Instagram account few days ago over a pending issue that she was dealing with.

She revealed that she was given a job which she couldn’t deliver because she was battling with a mental issue.

Watch the video she shared below:

Lady cries out after carrying out several ab0rtions for married lover