Basketmouth blows hot after being compared with a Dog 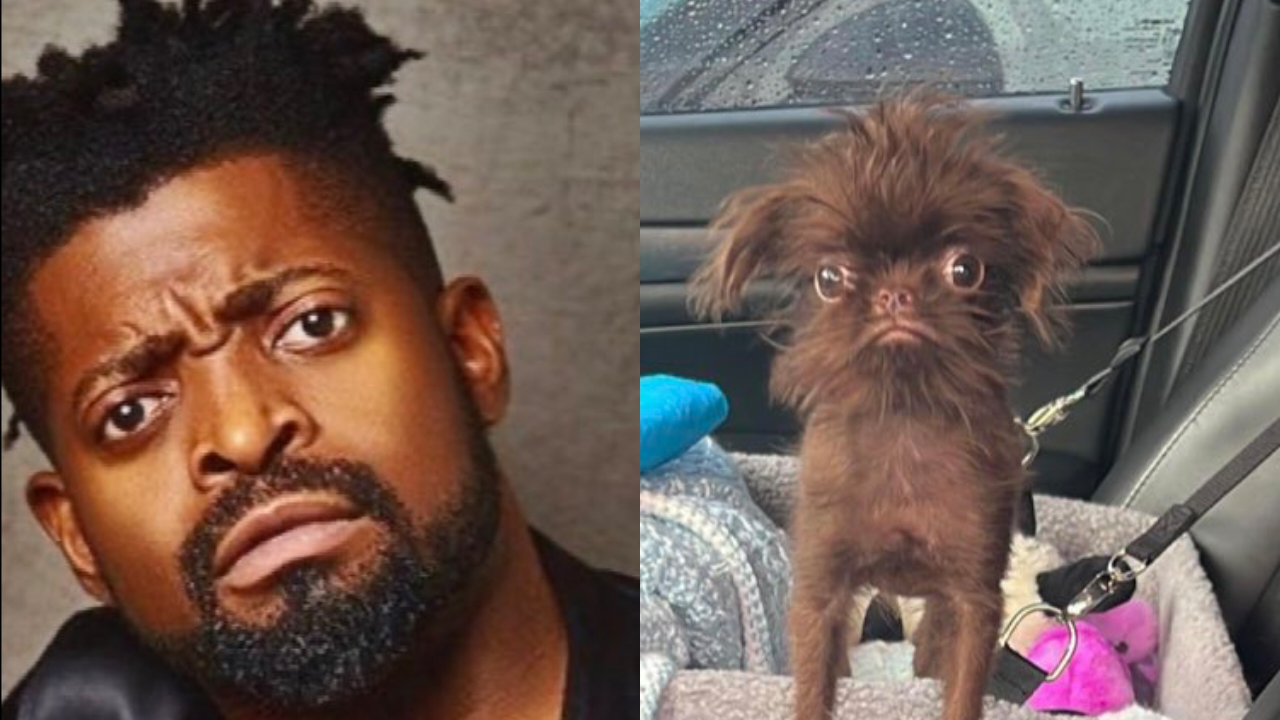 Popular comedian, Bright Okpocha better known professionally as Basketmouth has blown hot after he was compared with a dog. 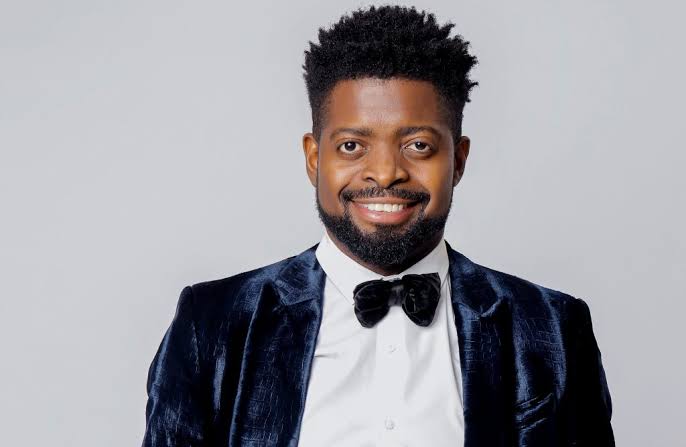 The actor lamented that his haters are at it again and has laid currsse on the hater that did that to him.

He wrote: “The hater that did this will not find peace..I’m coming for you, lemme find fuel 1st… max 2 months. You’re mine”. 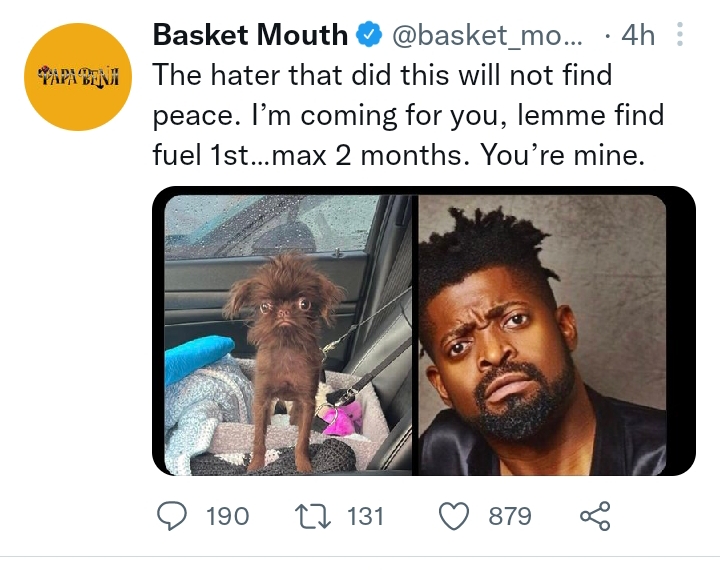 The viral meme has however left lots of social media users laughing deliriously as they claim that the dog actually does look exactly like him.