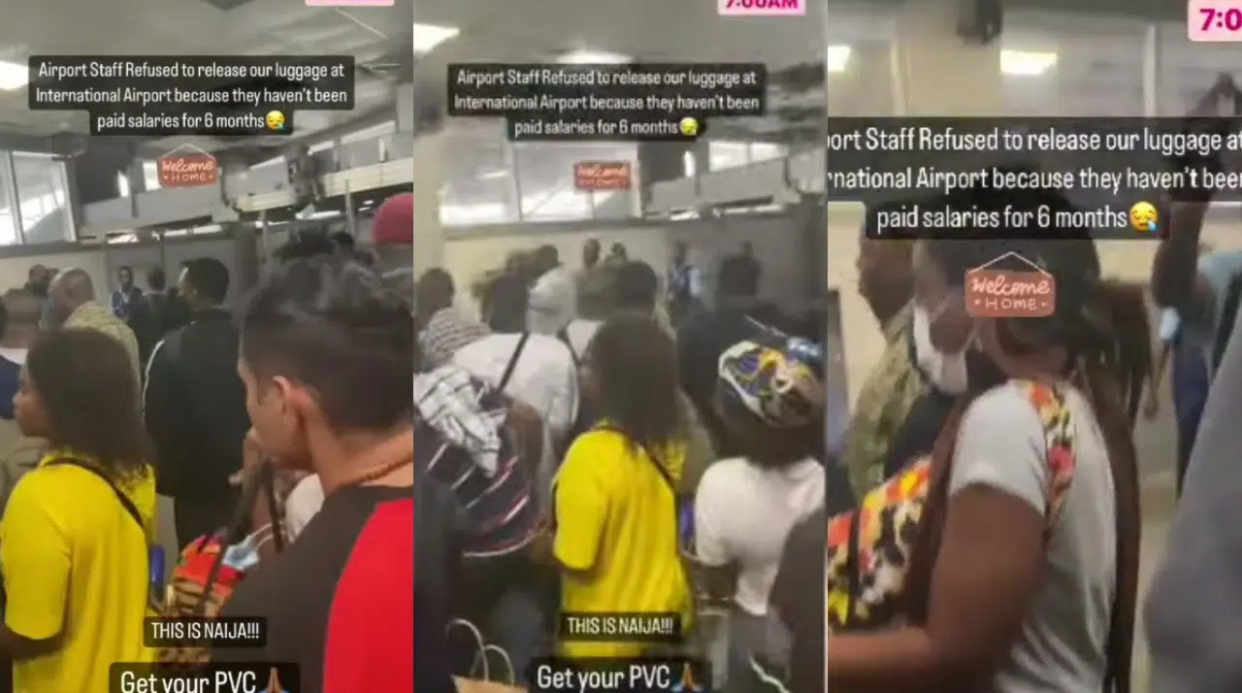 The staff at the Murtala Muhammed International Airport in Lagos State refused to release passengers’ luggage in order to protest unpaid salaries.

According to eyewitness reports, the airport staff had not been paid for six months, forcing them to take drastic action.

In the video which has now gone viral, the passengers were seen standing at the baggage reclaim area to get their luggages but the airport staff kept insisting they step back.

Video: Passengers enroute Edo state from Abuja flown back as…

One of the passengers trying to reclaim his luggage stated that they were told anyone who records the incident wouldn’t be getting back their luggage.

“I’m a wonder child’ – Comedienne, KieKie celebrates self as she turns 32

Bobrisky dragged as alleged owner of his N400m house is revealed