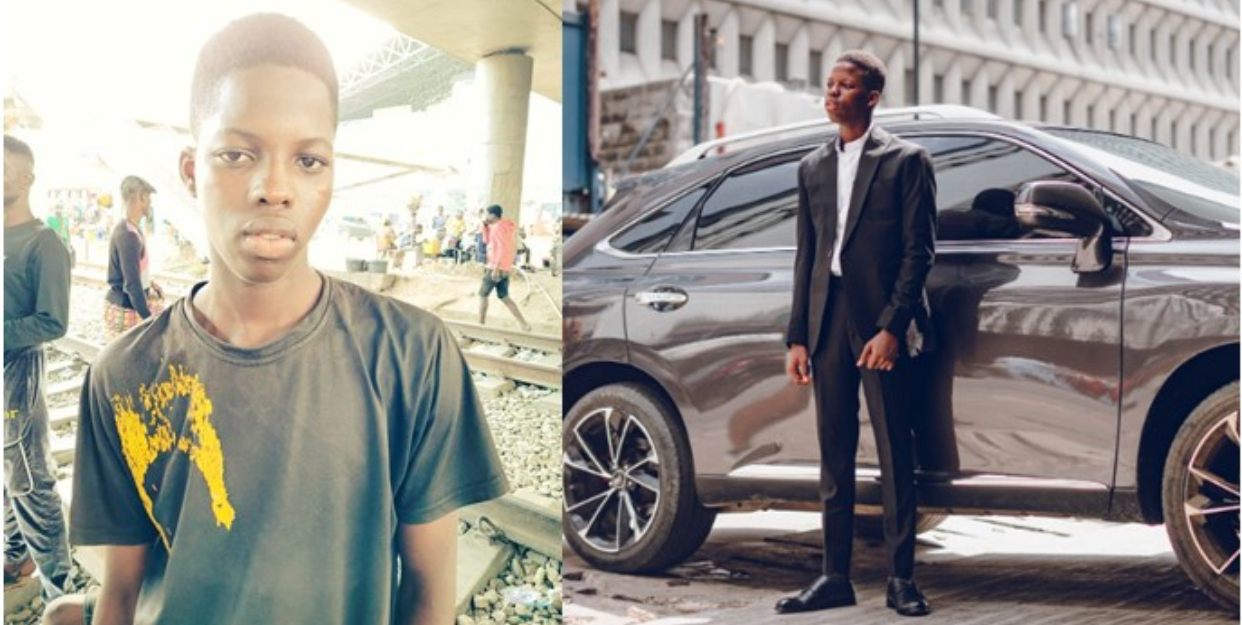 A bus driver whose life was transformed after being mentored by Chess In Slums Africa founder Tunde Onakoya has landed his first job in the fashion industry. He now has a modeling contract and has been transformed in the best way possible.

LASTMA reacts to alleged assault on a bus conductor by… Onakoya shared the good news on his Twitter page, along with photos of Fawaz, and wrote:

“Update on my life:
”Life update:

Fawaz got his first modeling gig recently and could very well be on his way to super stardom as a chess player.”

”Never forget that this boy was a Bus conductor living under a bridge just a few months ago.

That’s one less kid off the streets that won’t grow into a thug and rob you in traffic with a knife.

There can be no liberation for one of us if the other is not free.”