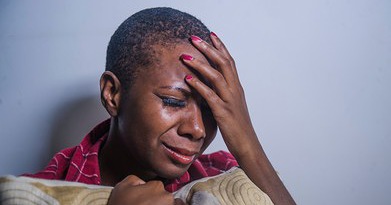 A lady has revealed how she destroyed her relationship with her ex-boyfriend whom she described as the sweetest man.

He was jobless and she had to buy him a car for Uber which he now does for a living.

Despite being broke he showered her with gifts regularly and took care of her to the best of his capability but she got embarrassed of him in front of her friends which lead to their break-up.

“I met a guy who is compassionate, quiet, patient, kind, shy and very considerate. We started dating and everything was going on well. I can be super pushy and annoying. The only problem is that he is jobless and I bought him a small car and he’s using it for Uber stuff.

Even at that, he still buys me gifts and all. Though small but I know he will do more if he has the means. He treats me like a queen and he worship the ground I walk on. My whole family love him and they are telling me how lucky I am to have him.

He’s a graduate. Very intelligent. Just that Nigeria can frustrate you. He broke up with me because of the way I embarrassed him. He took me out as usual and Il ran into an old time friend. I don’t know how she recognized my boyfriend and said to him “are you not the Uber guy that took me and my friends to Benin?”

She turned to me and asked if he’s my boyfriend. i denied having anything to do with him. My friends can be lousy. Had it been i agreed, she would have asked me what I’m doing with a useless Uber guy.
My boyfriend felt disappointed. I felt so bad that I couldn’t support my boyfriend. i walked out on him just to prove my girlfriend wrong.

On getting home, I saw a break up sms from him. He sent a voice note crying. have never dated a good man who cherished me so much. My exes were so toxic, have I made a mistake. I’ve not told my family about this but they know I’m emotionally down. I’ve lost appetite and I feel empty without him.

I called him with my brothers number cos he blocked mine and he still called my brother his pet name. I don’t want him to know that I am the one that called so i cut the call. I know he will see this message. I don’t know if I have any chance of having him back. i truly love him “