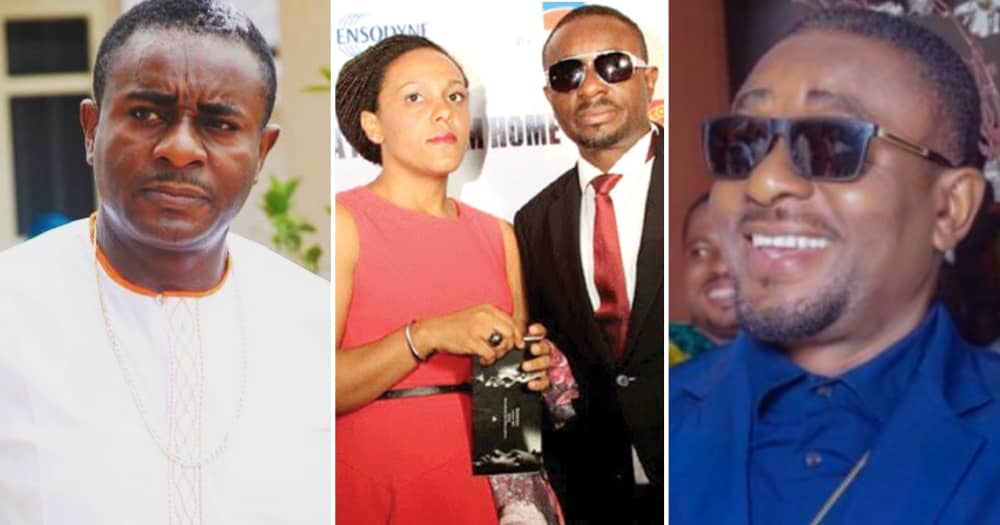 Veteran Nollywood actor, Emeka Ike has disclosed how he once got into a very abusive relationship with a woman.

The actor disclosed this while speaking about his fellow men who are staying put in abusive marriages.

Man weds beautiful lover after she ‘shot her…

“I regret marrying my husband” – Lady…

Emeka stated that women are not the only ones suffering any form of abuse in their marriages. He went on to reveal that he was once a victim of an abusive marriage, and it was God who saved him.

The proud father of five talked about how women abuse men as they don’t love them but only love their money.

“Pls, pls do your research well. Most women abuse men more lately. They don’t love again. Most of them marry u for ur money and make ur life miserable, if not kill u. I was a victim. Why are kidappers and armed robbers wifes not crying out?

Why must it be very rich and successful men lately? Violent men are in the cover while this “kill and get rich” model spreads unrecognized.

Not saying there are no deadbeat men but the increase on the other gender manipulative edge is totally ignored. Why do men hv to always die before women in marriage? Ask your father.

Ask your grandfather. Thats if they are still alive to tell u things. Pls, pls lets stop encouraging these wicked misleading and gre.edy women with this mundane top. Na God save me.”

98% of married men in Nigeria have girlfriends – BBNaija star, Boma