Why I’ve been growing my 12-inch nails for 30 years – Lady finally opens up, spills secret 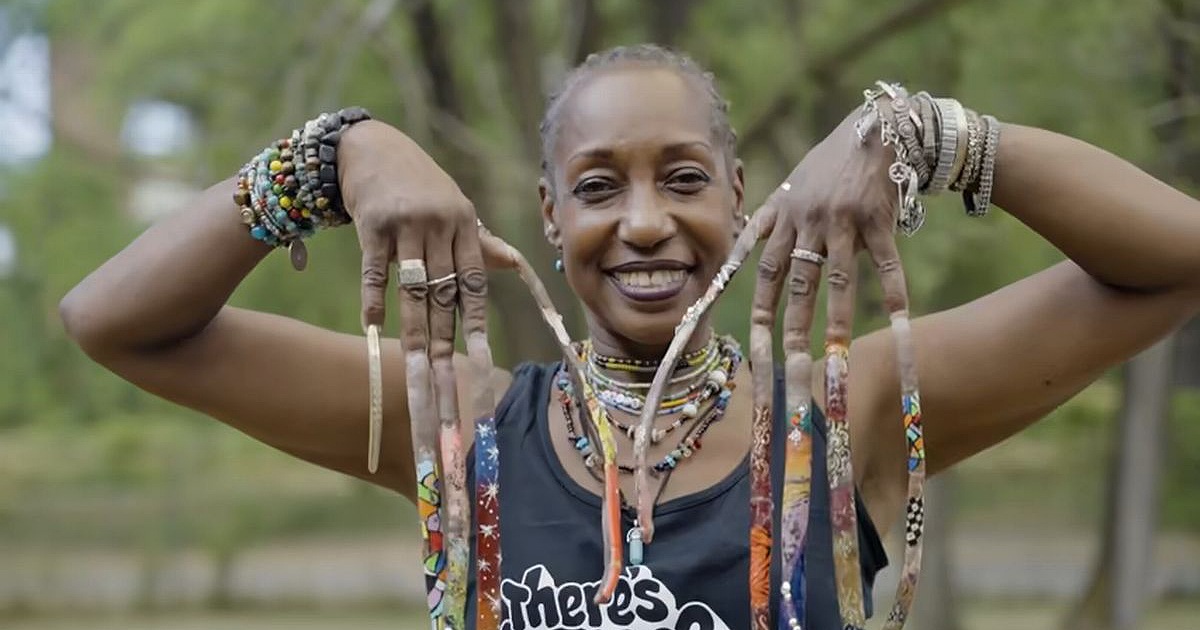 A young woman Identified as Cordelia Adams has revealed why she has been growing her fingernails at 12 inches long for more than 30 years. 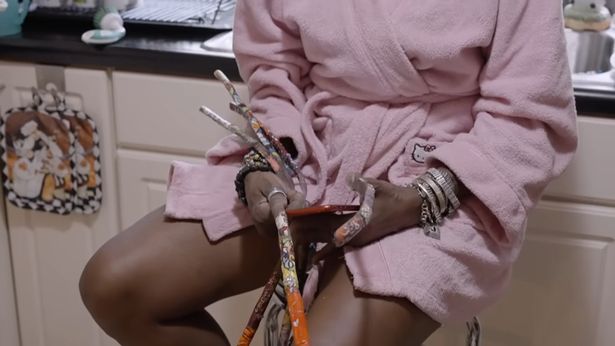 Despite her difficulties to perform some daily tasks, she said she loves the way they turn heads.

She further revealed that the best thing about having long nails is the “attention” she gets from people who stop and ask her questions about her unique look.

Cordelia Adams, 59, has been growing her nails out since 1989 for more than 30 years after she had fallen in love with her mum’s long nails so much.

Cordelia revealed that the longest her nails has ever been were at 16 inches, but she now keeps them at an 12 inches and makes sure to trim them every now and then.

Her nails has hindered the her performance of some tasks such as doing the washing up and scrolling on her phone, she wouldn’t change her look for the world rather, she does those tasked with her knuckles.

Speaking in a Hooked on the Look video on Truly’s YouTube channel, Cordelia who also shares her unique nails on TikTok, said:

“The best thing about having the super long nails is the attention she gets.

“I joined TikTok in the middle of the pandemic, and I was just doing it for fun because I saw people doing fun antics on there, so I decided to try it. The video of mine that went viral, which has 17 million views, was simply a handwashing video.”

“I like it. Even though a lot of the time the comments are negative, I like it. I enjoy answering them back.”

However, Cordelia, also revealed the worst thing about her long nails to be the “disrespectful” questions some people ask her such as ‘how do you eat?’ and ‘how do you take care of yourself?’

She also said that she worked out a way of completing her day-to-day tasks without letting her nails get in the way, such as using her knuckles instead of her fingertips for certain actions.

And when it comes to holding things, Cordelia says her fingernails are curved in such a way that they naturally fold back against her arm, so they don’t bother her.

“The nails fold back over my arm, so if I’m holding something they’re out of the way completely. I don’t go at anything fingertip first.”

Surprising, Cordelia treats her nails as art, as she regularly paints impressive and intricate designs on each nail by topping up the artwork from the base when her nails grow.

As a nail technician herself, she has been able to keep her nails in such good condition that her artwork never chips or fades – with some paint staying on for up to five years.

“It usually takes me anywhere between 10 minutes to half an hour, depending on the design. If I were to take all this [paint] off and start over, it would take me two and a half hours to execute a design.

“The paint never comes off, so some of the designs have been on here [for a long time]. This design has been on here for going on five years now.”

Alex Ekubo’s ex fiancee, Fancy lands in Lagos months after calling off their wedding, reveals her next plan

Rita Dominic and husband, Fidelis Anosike step out for the first time amidst cheating allegations