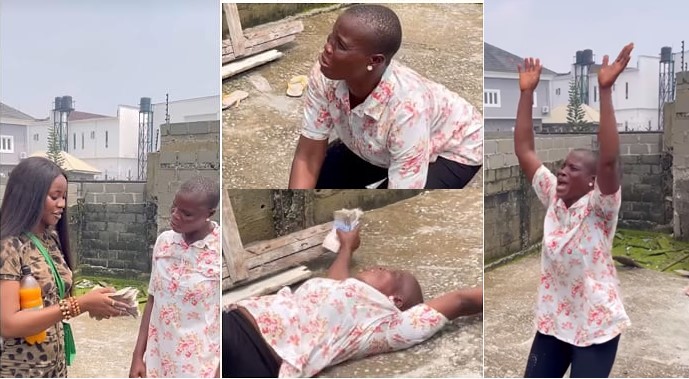 The financial support from well-meaning Nigerians has touched the heart of a widowed hawker. 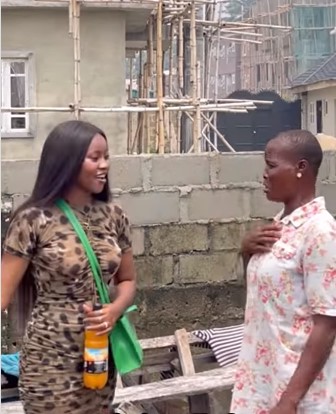 The mother has been hawking on the streets to support her family since since she lost her spouse five years ago.

A stunning woman who goes by JoJo of Lele on Instagram handed her the N355,000 that concerned people had raised. 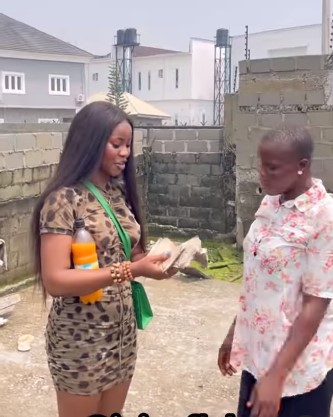 The charitable donations came after the woman was captured hawking around bottled water under the rain.

People took pity on the woman and decided to contribute some money for her, which JoJo gave her.

In a video which has gone viral, the excited woman can be seen leaping with joy after receiving the donations.

“So you can talk” – Davido teases Chioma Rowland as he reacts to her latest achievement, she responds