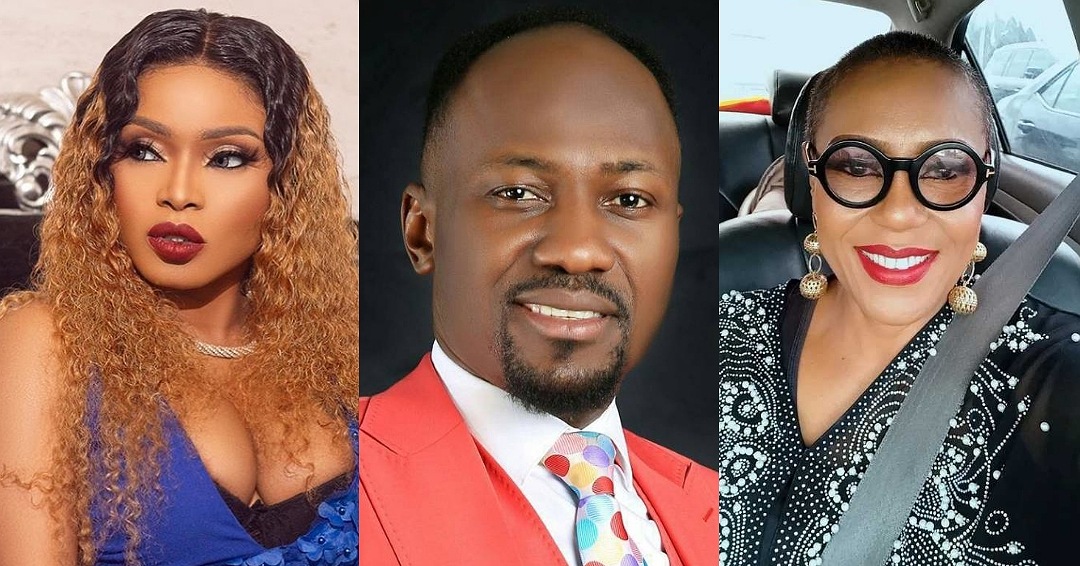 This is coming after Gistlovers dropped names of some Nigerian actresses who have reportedly been involved with Apostle Johnson Suleman.

Recall that there has been series of allegations leveled against Apostle Johnson Suleman.

In the midst of the allegations and the issue between Halima Abubakar and Apostle Suleman, Gist lover via their page threatened to drop the names of some Nollywood actresses who have had affairs with the clergyman.

Reacting to this, Shan George via her Instagram page stated that she is innocent of every allegations levelled against her.

Halima Abubakar subsequently took to Shan George’s comment section to express her disappointment at her senior colleague for denying her involvement with Suleman Johnson.