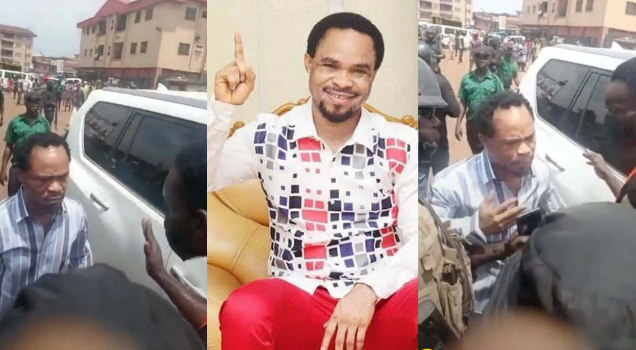 The government has demolished the church of controversial cleric Chukwuemeka Ohanaeme, also known as Odumeje Indanosky.

The church was reportedly destroyed by the Soludo-led government of Anambra state because it constituted a hindrance.

Priest speaks on Ondo attack, says ‘we were locked in the…

Many killed as bomb rocks Catholic Church in Ondo, many…

The building had been earmarked for demolition months before for falling short of Anambra building plan.

The clergyman who couldn’t stand seeing his church demolished had tried to intervene but was restricted by security personnel.

He can be seen in the viral video being harassed by the security personnel on site.

In other news; Adesewa, a young woman, was arrested after it was claimed she fled with funds provided by her thrift group’s members.

You’re too young to own such a luxurious car – Daniel Regha berates skit-maker, Shank for buying Lexus