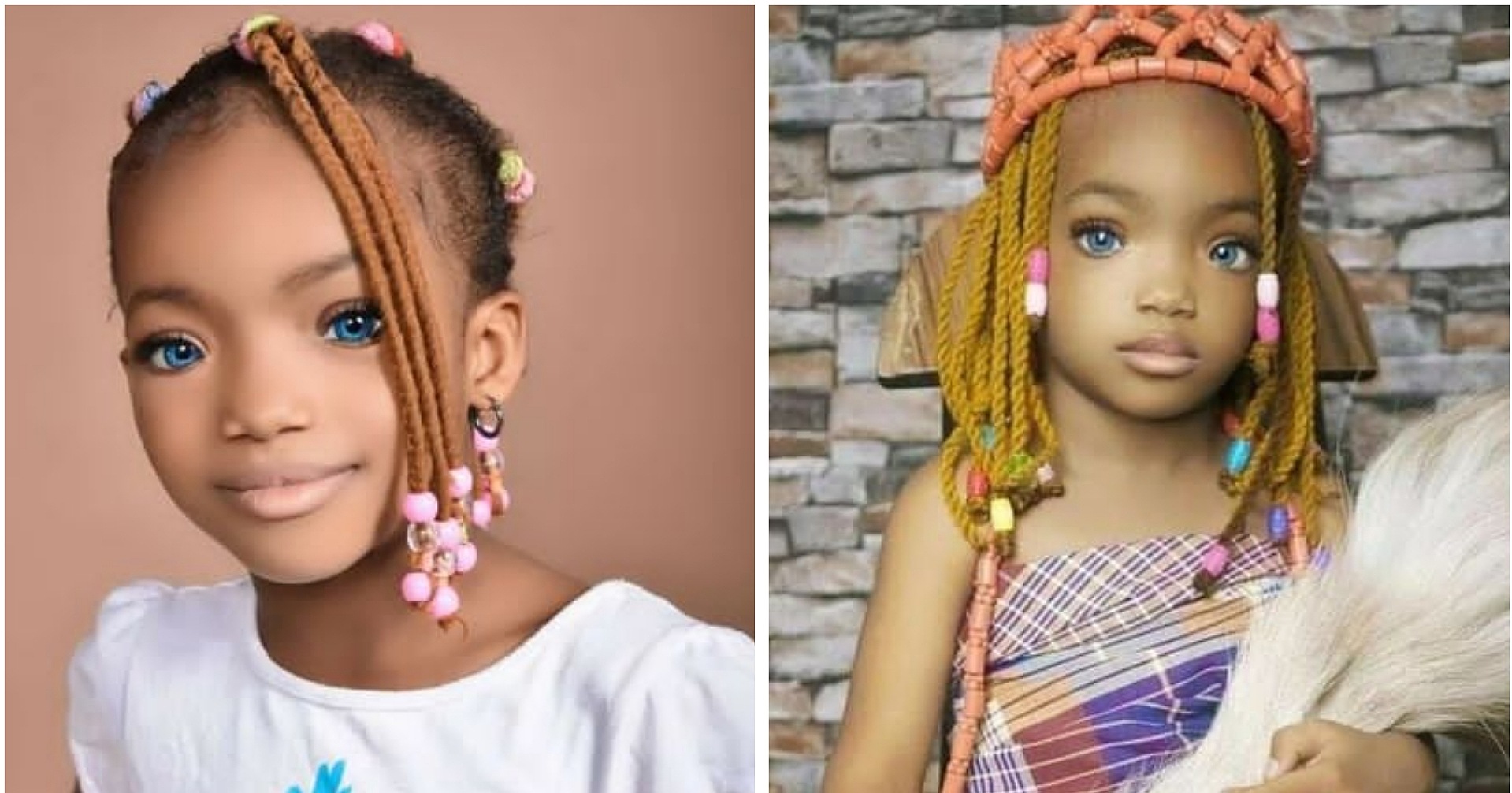 A Nigerian woman, Rejoice Uchechi has shared photos of her daughter, Chioma, who has blue eyes. The mother of three posted the photos on Facebook today, August 18, describing her daughter as a blue-eyed princess. Several internet users have called the child ” beautiful ” and ” rare”. ” This is God’s blessings. I  wish her greatness ”

“So  beautiful & innocent Small yet time, Illiterate and Stewpeed people will call her witch”.

“She looks exactly like that woman with blue eyes too from ilorin.

“It’s so rare! .She’s so beautiful. I pray God takes every evil eye away from her.

“The baby fit get magic”. 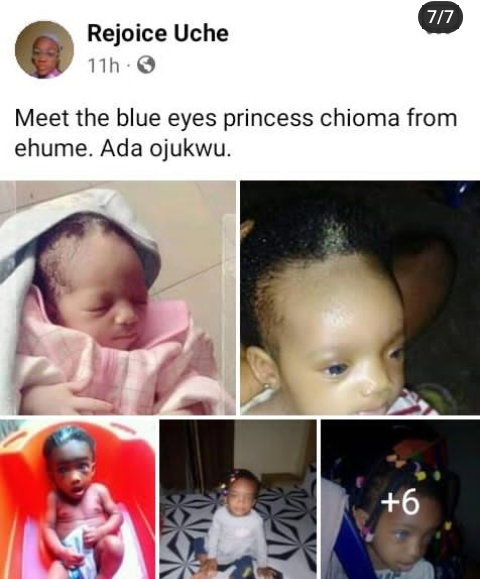