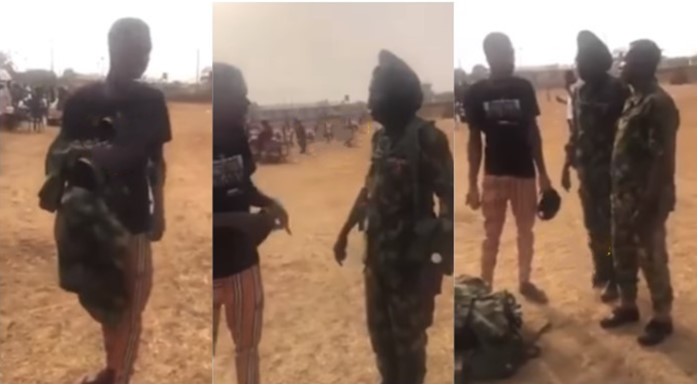 A young guy who had purportedly recently joined the Nigerian Army has decided to ‘resigned’ after being informed that he will be sent to Maiduguri, Borno State. 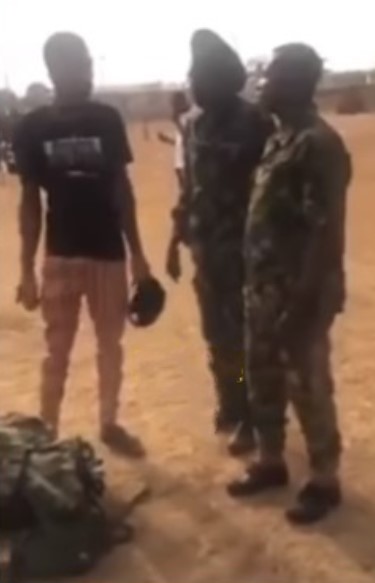 The fresh soldier abandoned his military uniform and declared he no longer wanted to be a soldier during what appeared to be a “cruise.”

Even though he claimed to be from Calabar, Cross River, his superior officers requested that he be deployed to Maiduguri to serve his country.

After all the training, the man maintained his view that he is uncomfortable with the prospect of heading to Borno.

He said that it’s none of his business when the officers pressed him further to reveal who would travel to the area given that he had declined.

BBNAIJA: Netizens lambastes Beauty after she pulled down Phyna trousers in a bid to protect Groovy from her (Video)