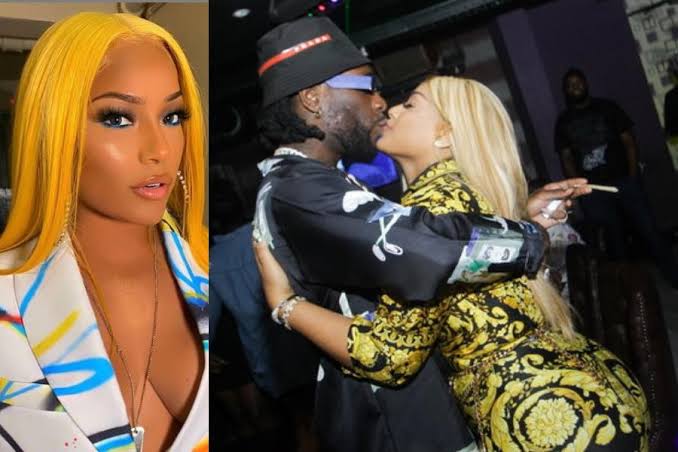 Stephanie Victoria Allen, also known as Stefflon Don, has given more details on why she split up with Nigerian musician, Damini Ebunoluwa Ogulu, aka Burna Boy.

Recall that Burna Boy released a song titled Everybody Go Chop Breakfast which was criticized for being directed to his ex-lover.

Stefflon responded to the critics by releasing her song titled ‘First Of All’ via her YouTube page, which she earlier stated in a tweet that the song is her side of the story.

However, in a new development, Stefflon has decided to shed more light on her breakup with Burna Boy.

“I broke up with Burna Boy because he has a fragile ego. He sees his friend Wizkid as a competition, despite knowing Wizkid is bigger than he is. He can’t even satisfy me in bed. SMH. He bullied me the last time I wanted to talk, but not anymore,” she wrote on her Instastories