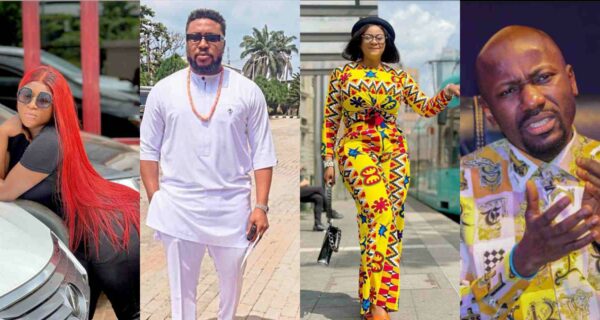 Controversial Instagram blogger, Gistlover, has been dragging the popular clergyman, Apostle Suleman for some time now over alleged affair with some Nollywood actresses. 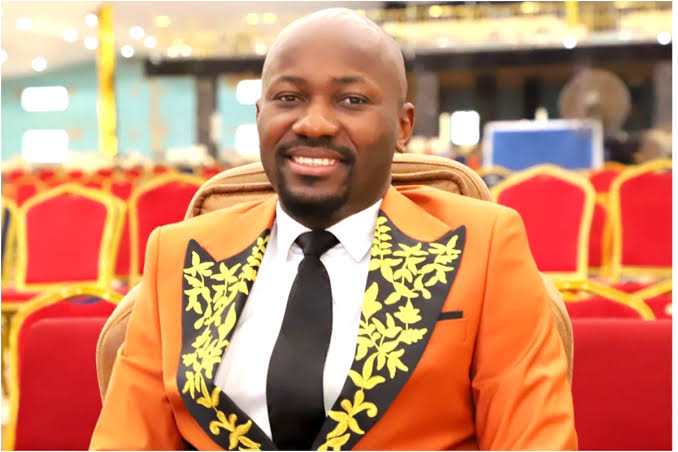 This time, however, the unnamed blogger delves deeply into the clergyman’s affair with popular Nollywood actors like Destiny Etiko, Uju Okoli, and Nosa Rex allegedly supporting his acts.

“I wasn’t born with a silver spoon; it was never easy” –…

” Hello tueh tueh , GLB NATION thank you all for the massive show of love , Omo mehn, the way una take dey check up on me , even if una sabi me in person , you all wouldn’t have done more than that, the show of love choke, some even dey fear if Sule oloko biro cover don dissapear me as he promised😂😂I just dey laugh, thank you for this love, I don’t take it for granted and I love you all back in plenty folds, I fit off cloth na.ked begin fight because of una , I love una reach that level too.THANK YOU

I reached out to Halima Abubakar to see if she is fine because after her reveal on Sule oloko coupon, she has gone MIA, so been trying to reach out to her for days now with no luck but I was able to get through her sister today and she said she has been rushed to (I choose not to disclose where ) and she is currently doing another round of cleansing, during all the period of that reveal she no dey sleep for night and threat kept coming in, hired assains kept calling her numbers , they kept sending her guns on WhatsApp,and of course it’s the hand work of no other than Pastor Suleman, he promised to end her when he is not God😂😂😂😂 oloriburuku oga awon cult, Sule has lot of cult boys in benin he uses to execute his evil works, I won’t back down on his case until everyone under Sule spell is liberated, on today’s episode of how Sule use prick scatter Nollywood, we have Destiny Etiko, Uju Okoli and one of Destiny’s friend(forgot her name) if I remember I go add am, Uju Okoli who is also Nosa rex side chic was pimped to Apostle Suleman by Nosa himself, knowing fully well he got his own wife at home but since Uju na side hen no be bad idea make them collect money from Sule now, Sule sef wey them dey colllect money for him hand dey collect wetin big pass money for their hand , what a transaction 😂😂😂😂so as I dey talk, Nosa wife knows about the knack relationship between her husband and Uju,infact the relationship din cause fight countless times for their marriage but Uju no wan gree leave Nosa, Nosa prick sef no gree stay one place , Nosa own matter na later , so Destiny Etiko pimped her friend to Pastor Suleman alongside herself and they had 3some with Su….”

See screenshots below for full details;