Reactions as man finally weds his girlfriend of 11 years (Photos) 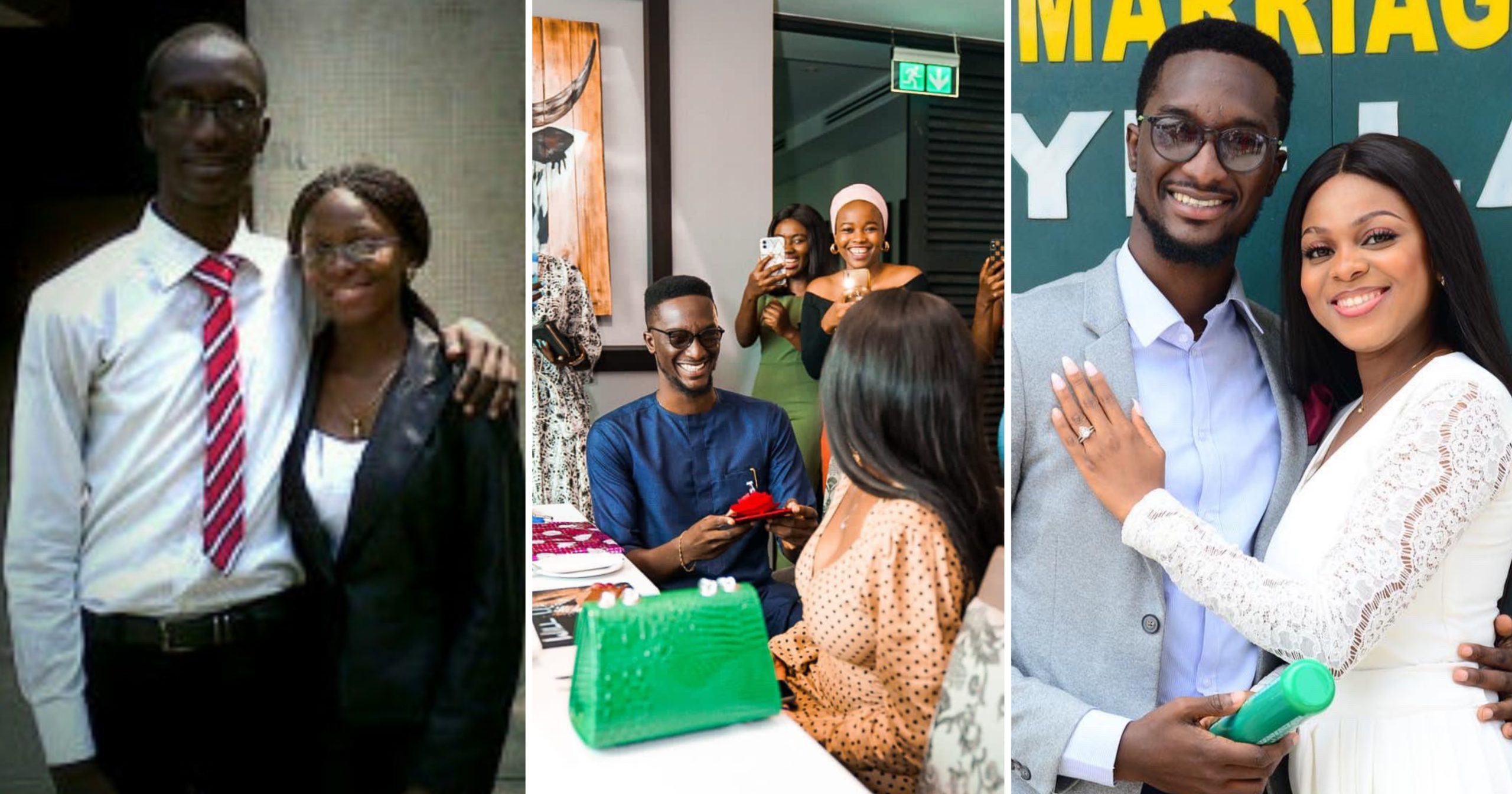 A Nigerian man identified as Olumide has stirred reactions on twitter after revealing that he just got married to his girlfriend of 11 years. 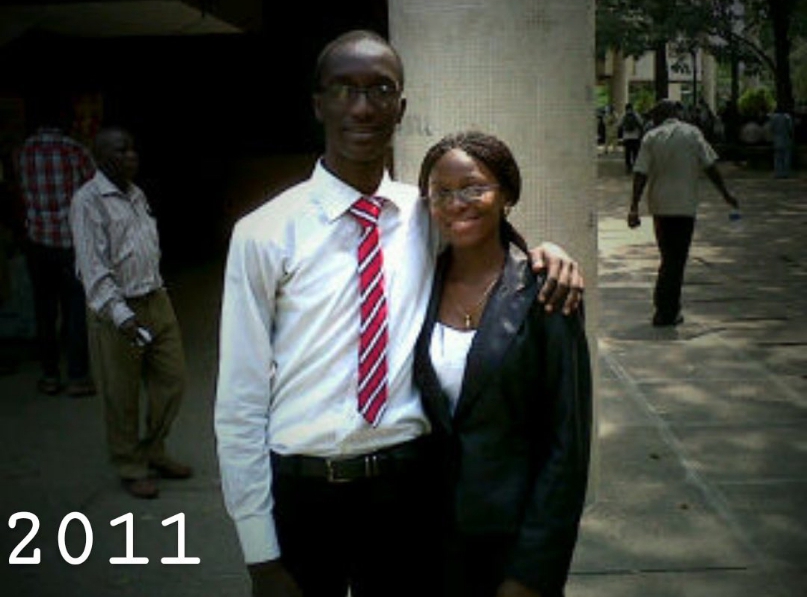 The couple who have been together since 2011 finally decided to make it official by exchanging their marital vows at the Ikoyi marriage registry in Lagos state.

How a girl stopped breathing after my friend brought her… 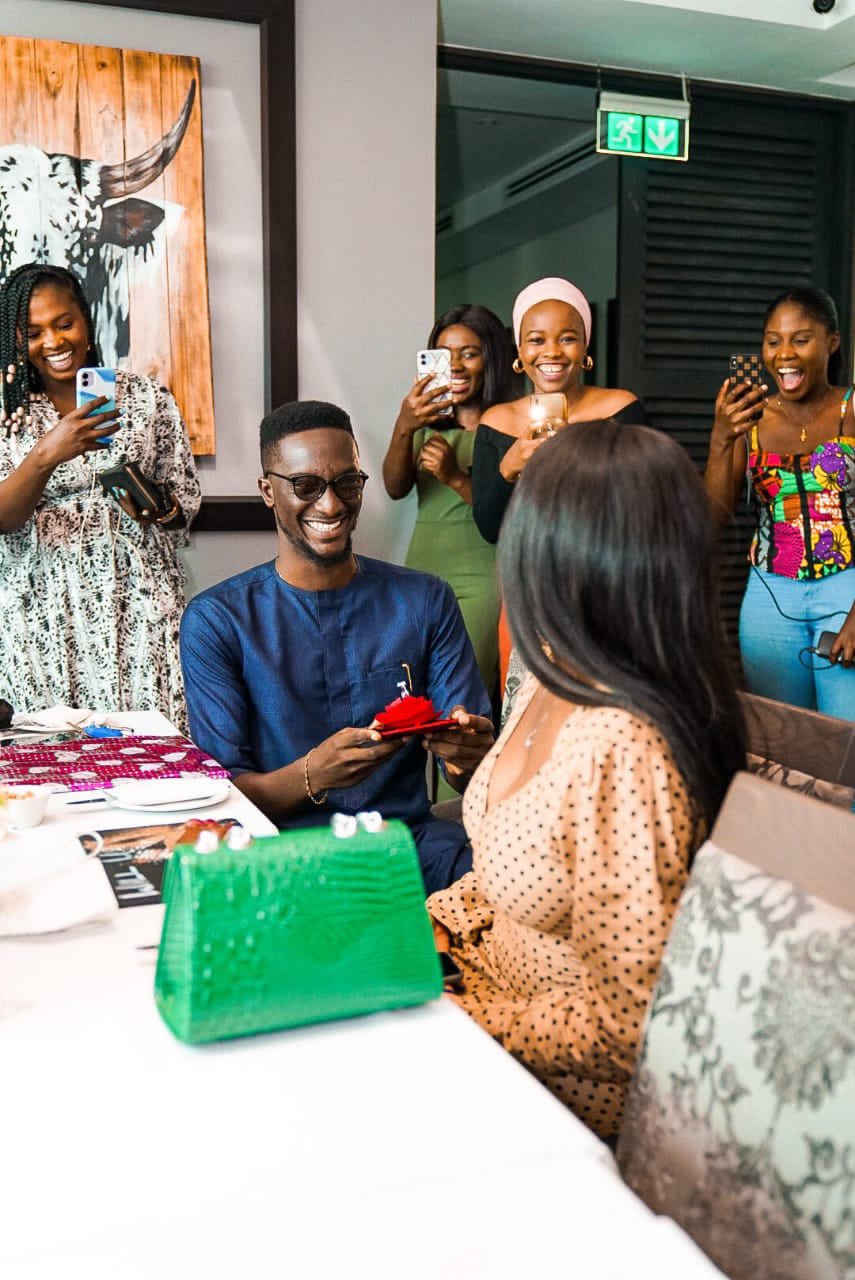 Olumide also shared throwback photo of them in 2011 proving that they have been together for 11 years. 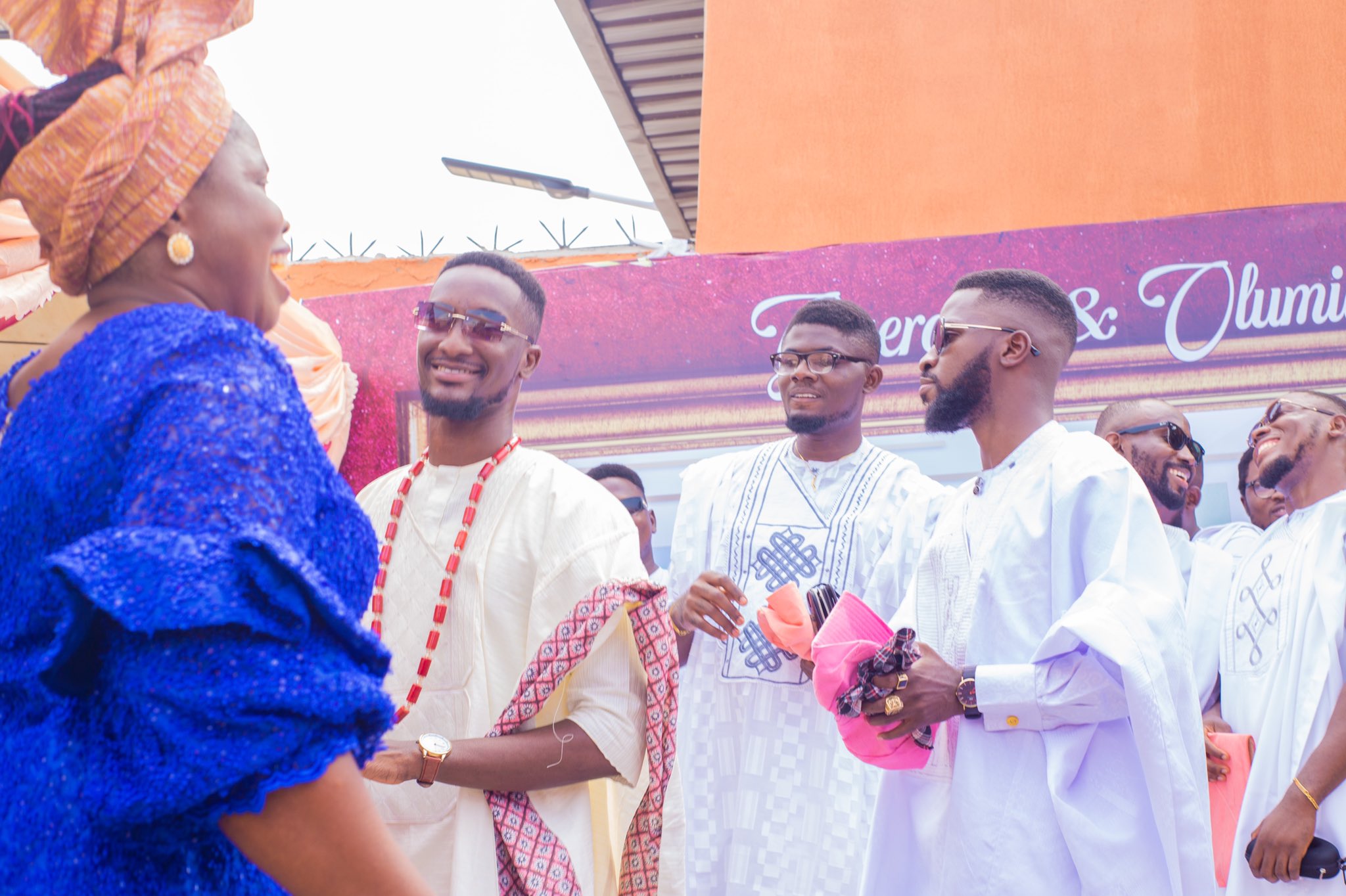 Netizens have since showered them with praises and congratulated them massively for finally making it official.

Some others are however of the opinion that getting married at a court does not count as official till they do a traditional wedding. 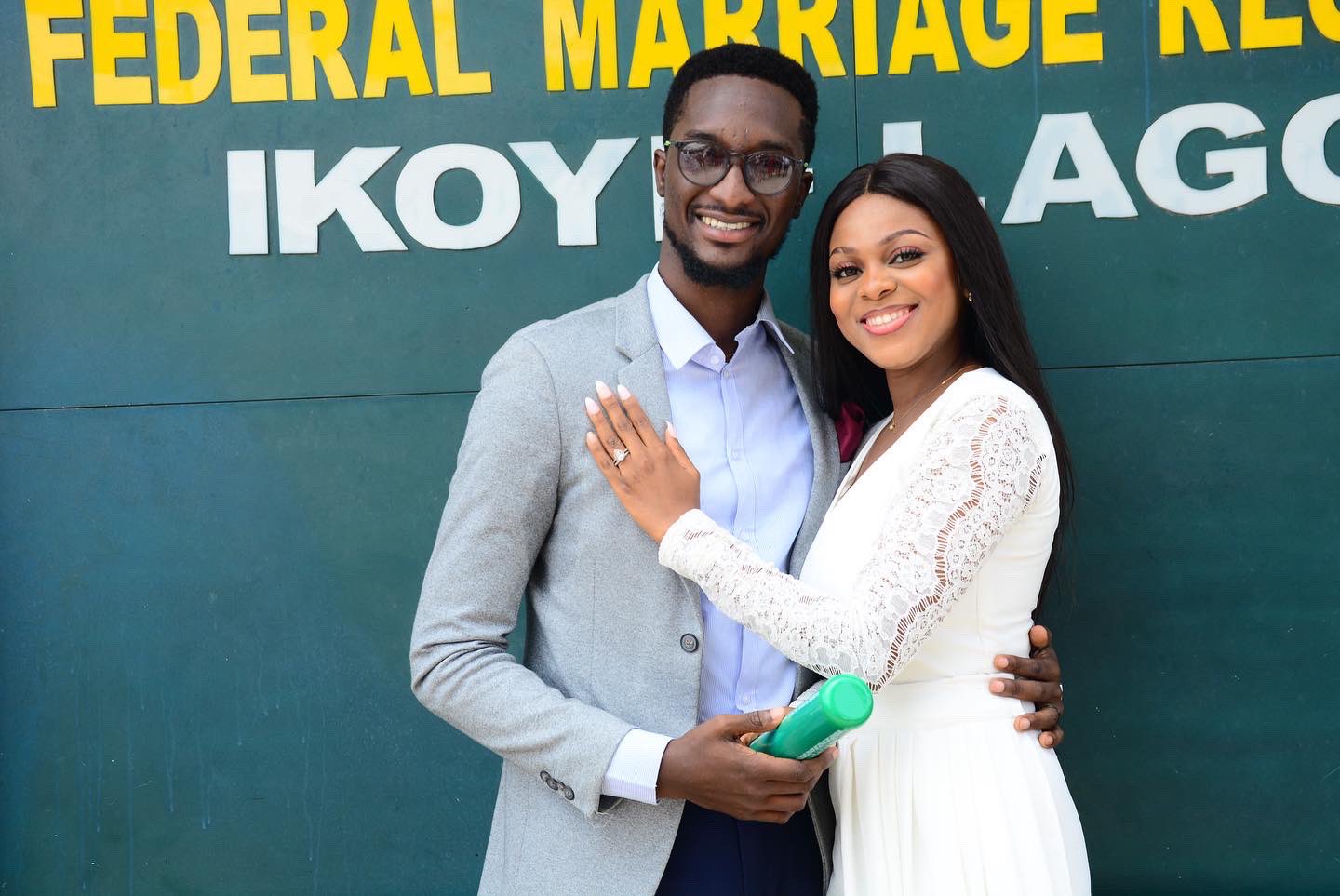 The young man captioned the post:
“God is good. Officially off the streets and markets.” 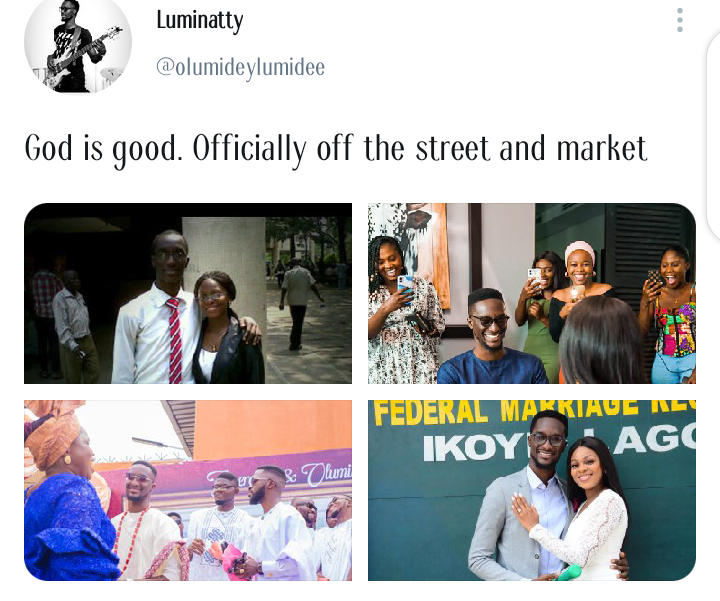 Yul Edochie Reacts To His Second Wife’s Comment about Him