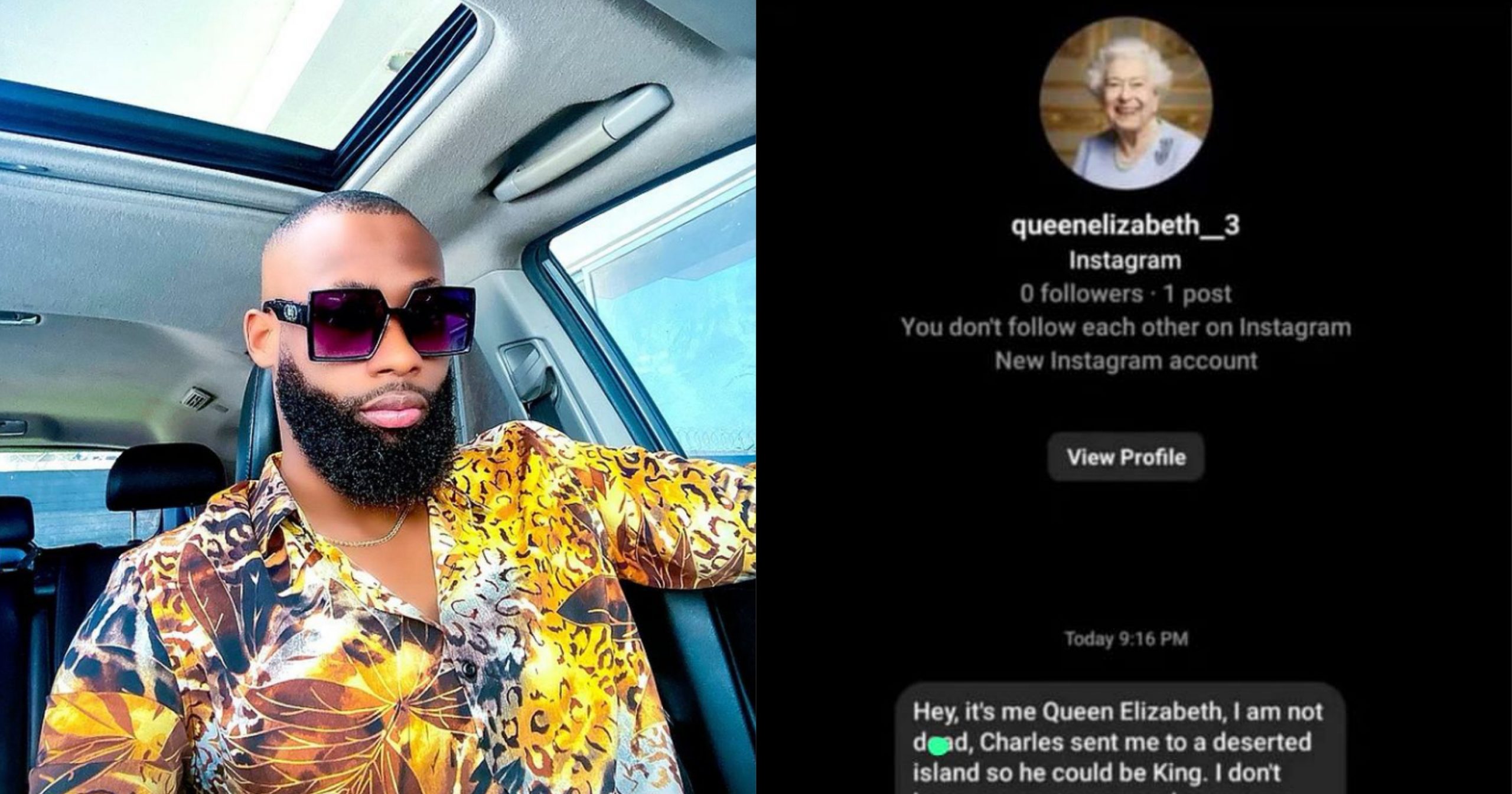 Former Big Brother Naija housemate, Tochi has exposed the DM a fraudster claiming to be Queen Elizabeth sent to him.

The fraudster under the guise of the late Queen of England, Queen Elizabeth III sent him a message that read:

“Hey it’s me Queen Elizabeth, I am not dead Charles sent me to a deserted island so he could be king. I don’t have access to my royal money so please cash app me $300 so I can get back to the UK. Tea and Biscuits “

“His wife is a living witness” – Man…

Tochi was obviously angry but Netizens found this really funny as they took to the comment section to express themselves. 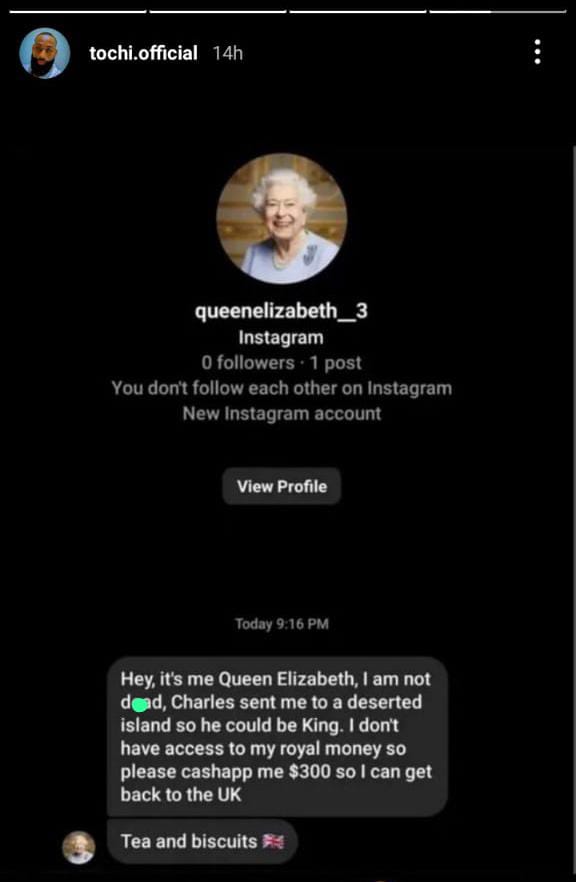