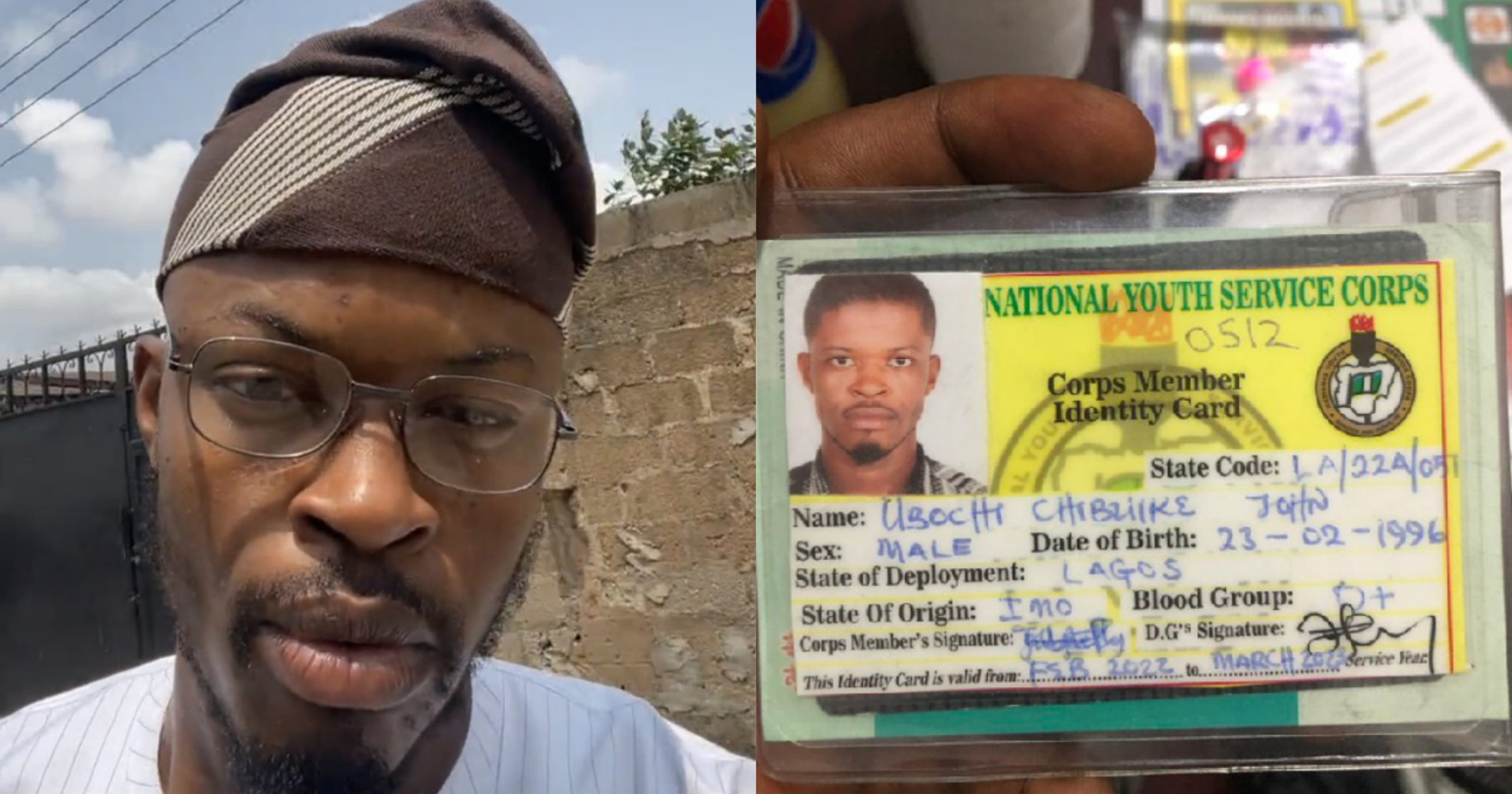 A corps member has been accused of s*xually assaulting several ladies in their unconscious state.

The young man who allegedly has a history of s*xually assaulting his female partners and women he didn’t know has finally been nabbed.

He reportedly met his waterloo at a party he was invited to where he s*xually assaulted two women and was about to take one home before she informed their host.

According to @femiexe on Twitter who was the person that invited him to the party, he tried to jump from the building when he found out that he had been exposed.

Thatdeolagirlsha said:
“From his bio he’s busy trying his hands at everything including women, I hope he’s jailed for good. Disgusting.”

DisappointmentPanda : “He has a burner account he uses to sexually assault women. What a disgrace”

Divine autos: “And to proof guiltiness, he locked his account. Wawuuuu.” 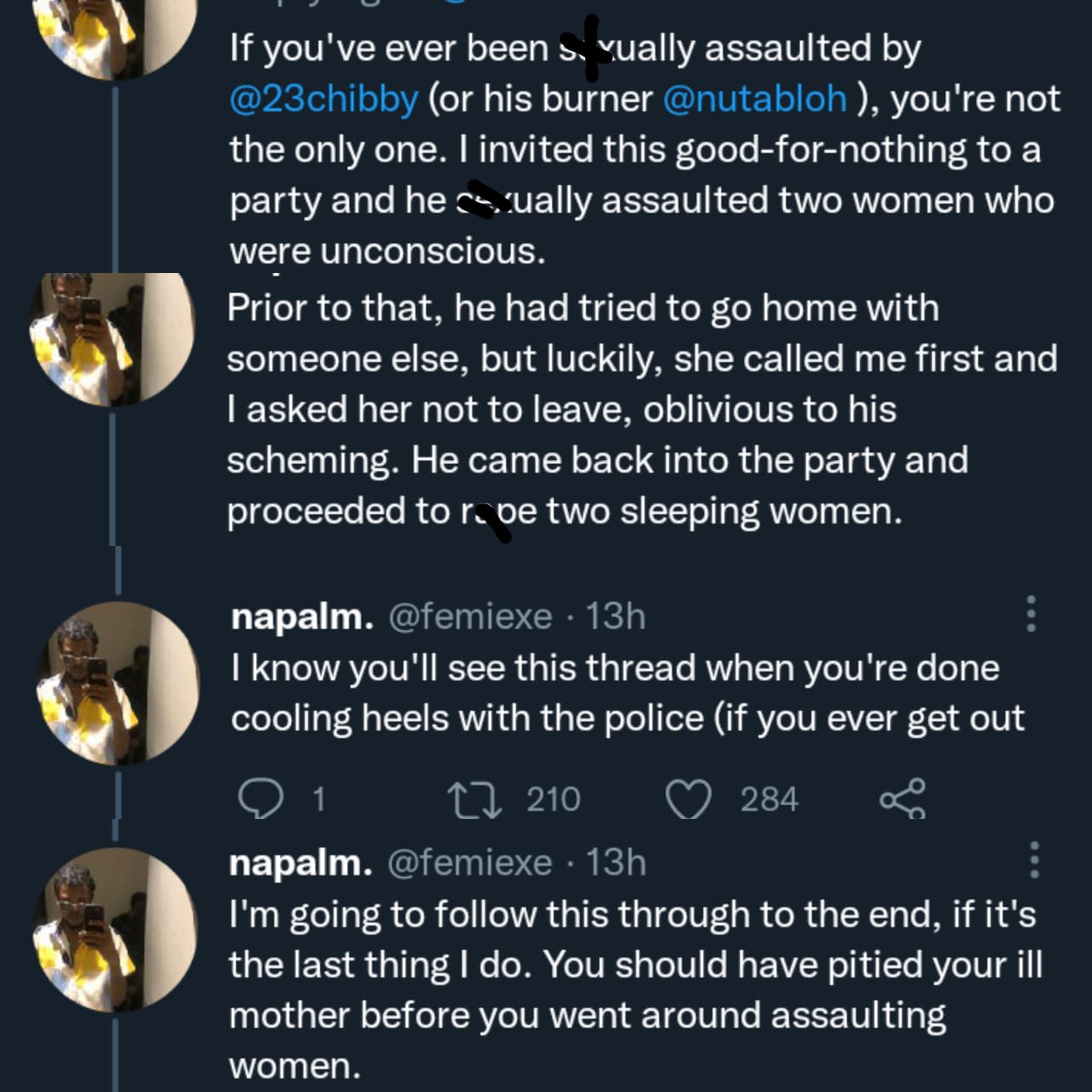