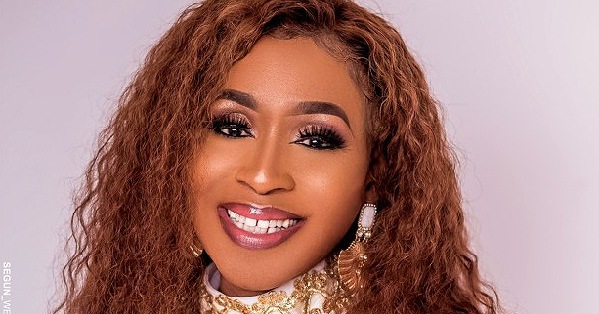 Controversial journalist, Kemi Olunloyo, has shared an alleged photo of the person behind popular blog Gistlovers.

Kemi Olunloyo claimed that a lady identified as Mary David Onaichenen owns the blog, but has a poor command of English.

Domestic violence: “Bimbo’s death should be ruled as…

“Mary David Onaichenen of Gistlover has a poor command of English and runs Gistlover and the adverts. I broke this information two years ago after investigating the ad route McCoded blog. The former IGP Adamu reportedly used GPS technology to locate her as based in Abuja then she vanished underground.

Her lawyer wrote me a cease and desist letter claiming I’m endangering her. I REFUSED to take my post down. Ultimately she wrote a post telling her followers that she’s not going to waste her time with a “mad” woman.

If you like keep insisting a man owns Gistlover. This is the woman collecting all your advert money and the one who posted my address, phone number and my former apartment online. I’m surprised that she continues to fool you.

SHE WAS RAISED IN SOUTHWEST NIGERIA AND SPEAKS FLUENT YORUBA JUST LIKE I SPEAK FLUENT IGBO AND YORUBA BUT CANT READ OR WRITE IT WELL.” 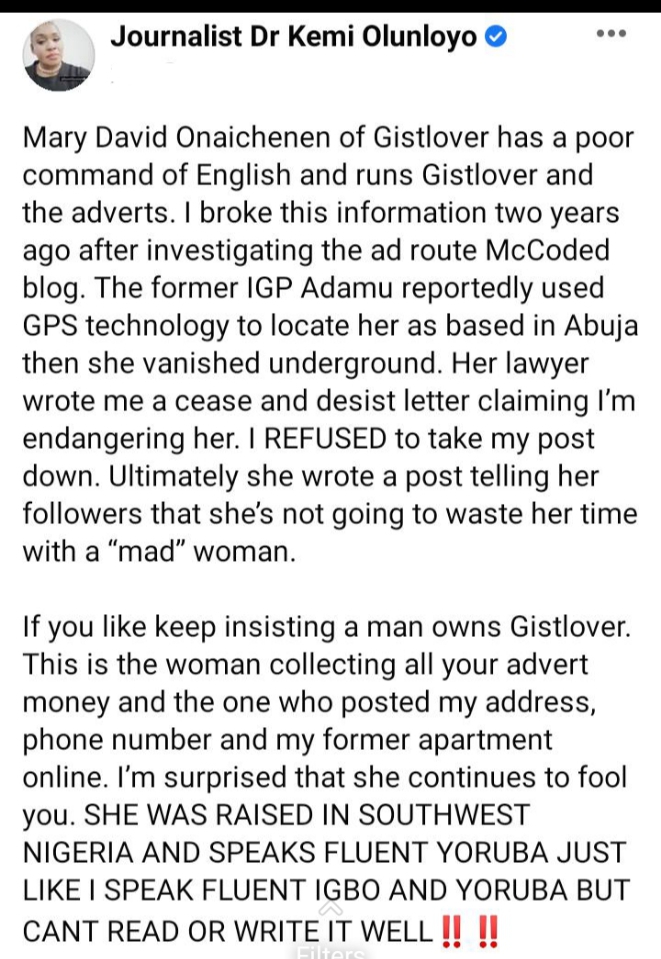 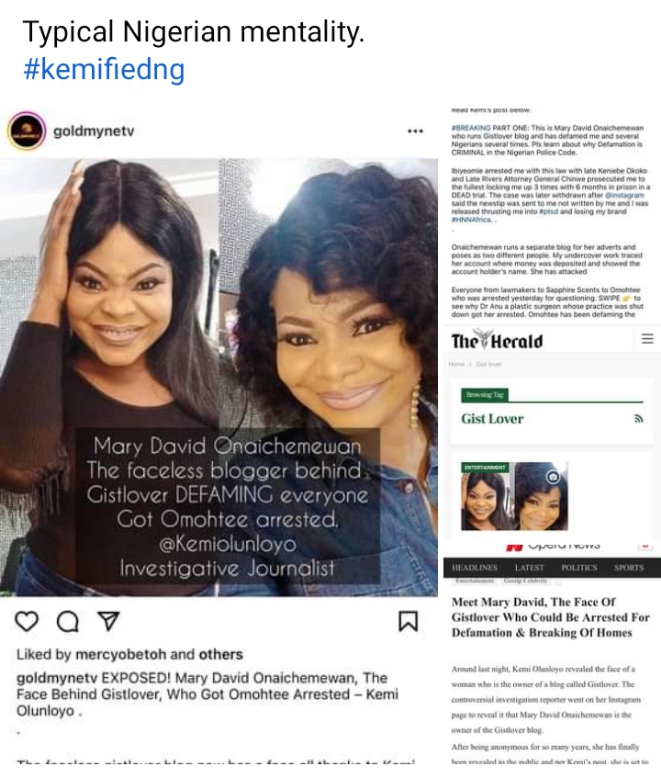 Mercy Chinwo’s husband, Pastor Blessed gifts her an SUV as she turns 31 (photos)