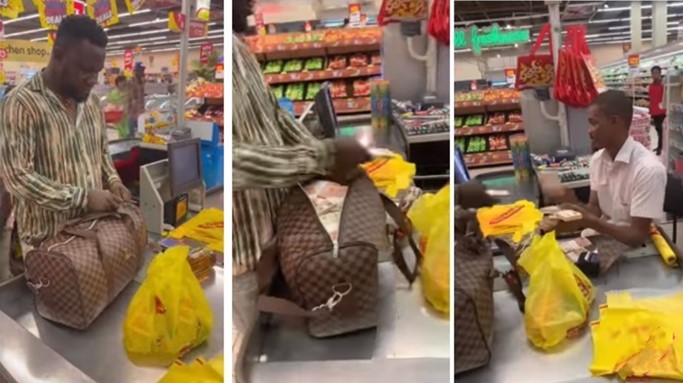 A Nigerian man has left social media users in stitches after conducting a humorous and unexpected social experiment at a supermarket. 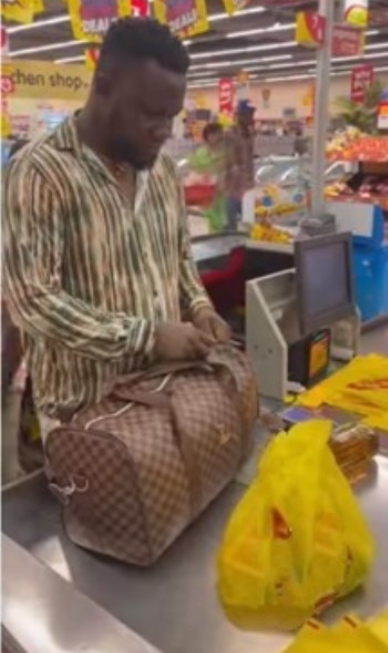 He made a number of purchases for himself and paid the cashier at the counter with bundles of N10 notes.

He was spotted carrying a Louie Vuitton bag packed with 10 Naira in an online video.

House keeper quits her job after getting mysterious ‘juicy…

The man opened his bag and began pulling out the stacks one by one after the items had been scanned and he had been informed of the sum.

The cashier began scooping them up after the customer dropped them on the counter with a look of subtle annoyance on his face because he knew he would have to count the entire batch.

The cashier had to exclaim in disbelief as the racks continued growing.