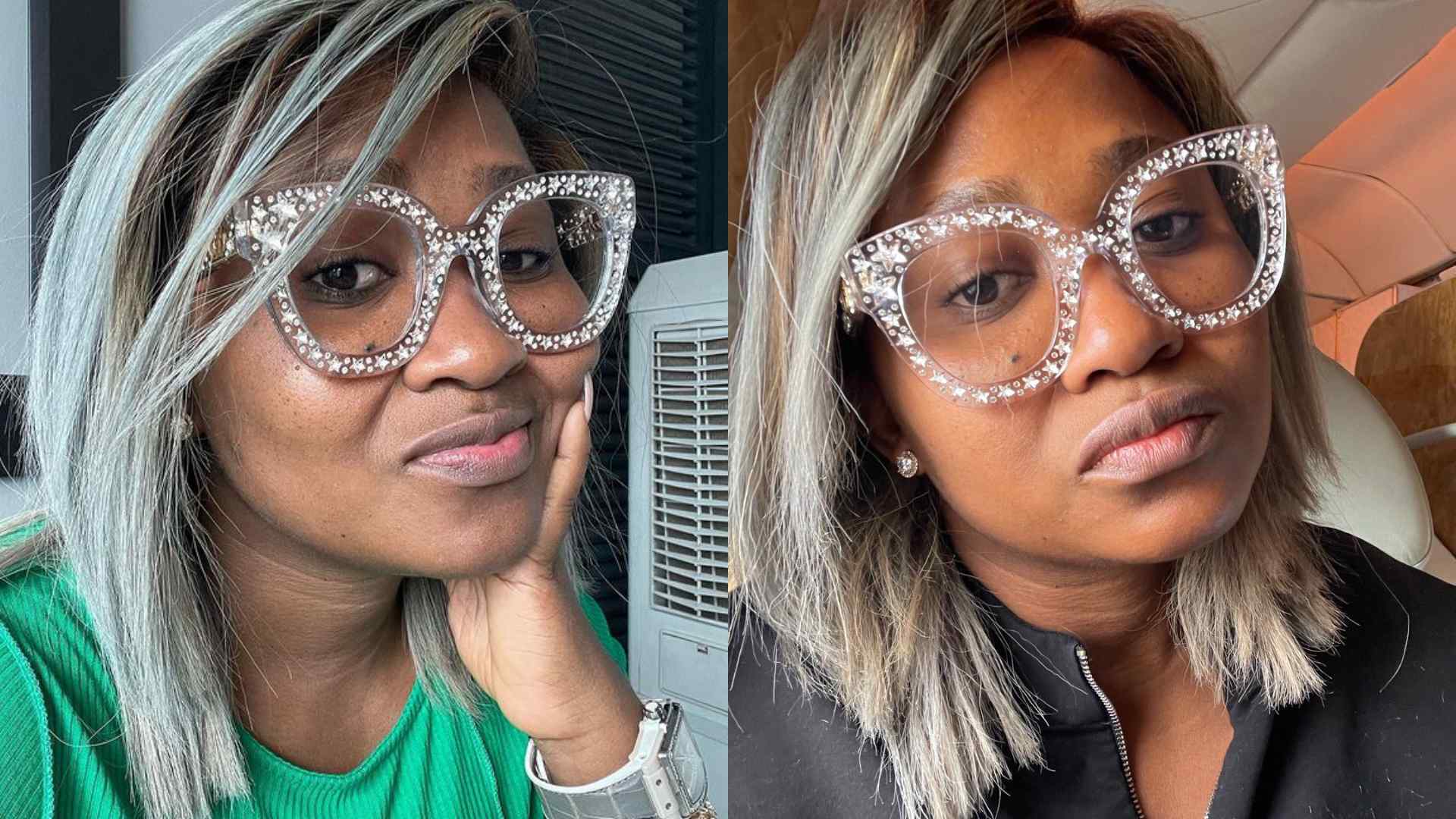 Popular Nollywood actress, Mary Remmy Njoku has stated that the cheapest thing a wealthy man can give his girlfriend is money. 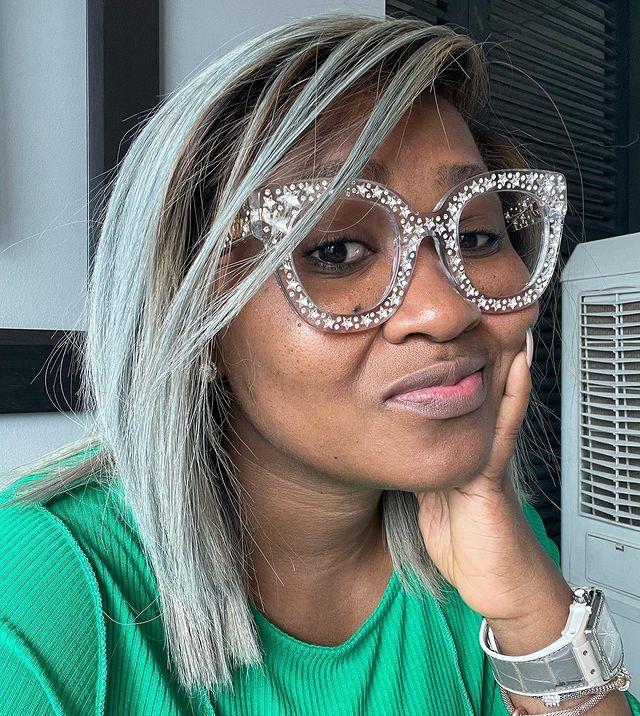 According to Mary Njoku, for a boyfriend who is rich and well-to-do, the cheapest thing he can give his girlfriend would be money.

She stated further that girls who only think of their rent and the money to by iPhones wouldn’t relate with her assertion. 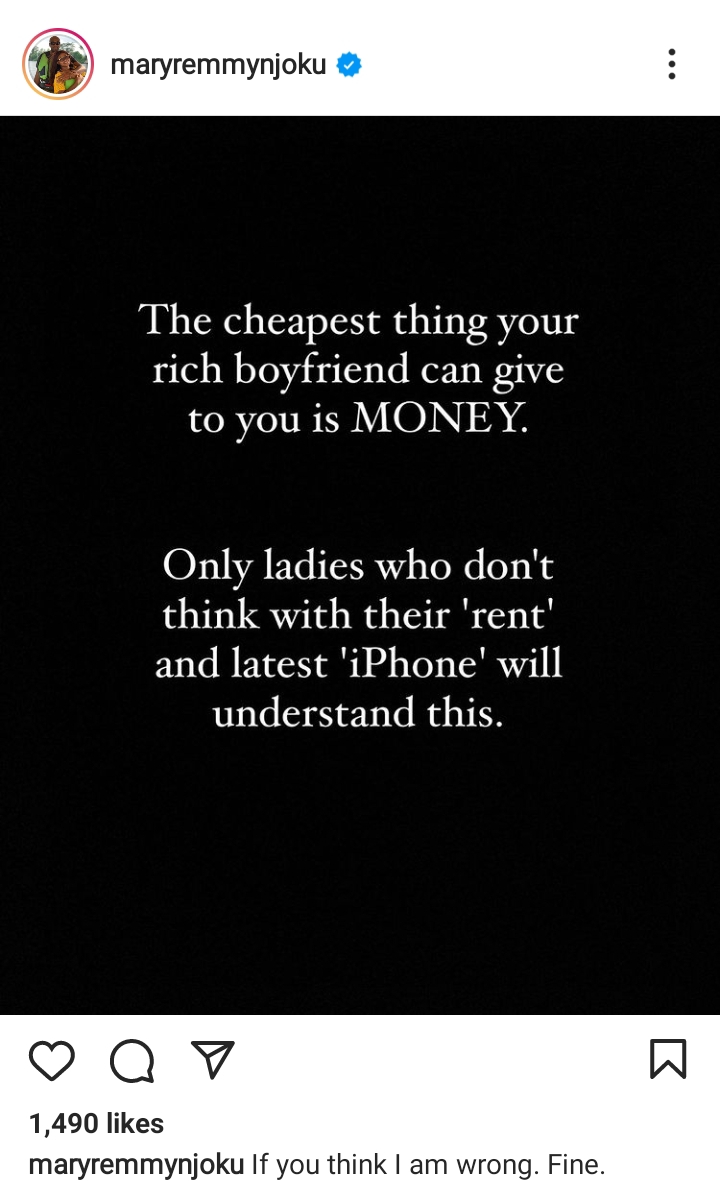 Her claim has stirred reactions online;

omogealagbo1 wrote: give me money abeg

paneo_kidscloset wrote: Deep!!No be every girl go wan hear this one

iambako44 wrote: People are saying her message is for hungry girls and yet most of u will date a man with money, the man will give u money and support u to start a biz, even some will ask u to work with them so u can earn ur own money, wen you’re independent and successful, u come online and start saying something else, without saying how ur man supported financially. 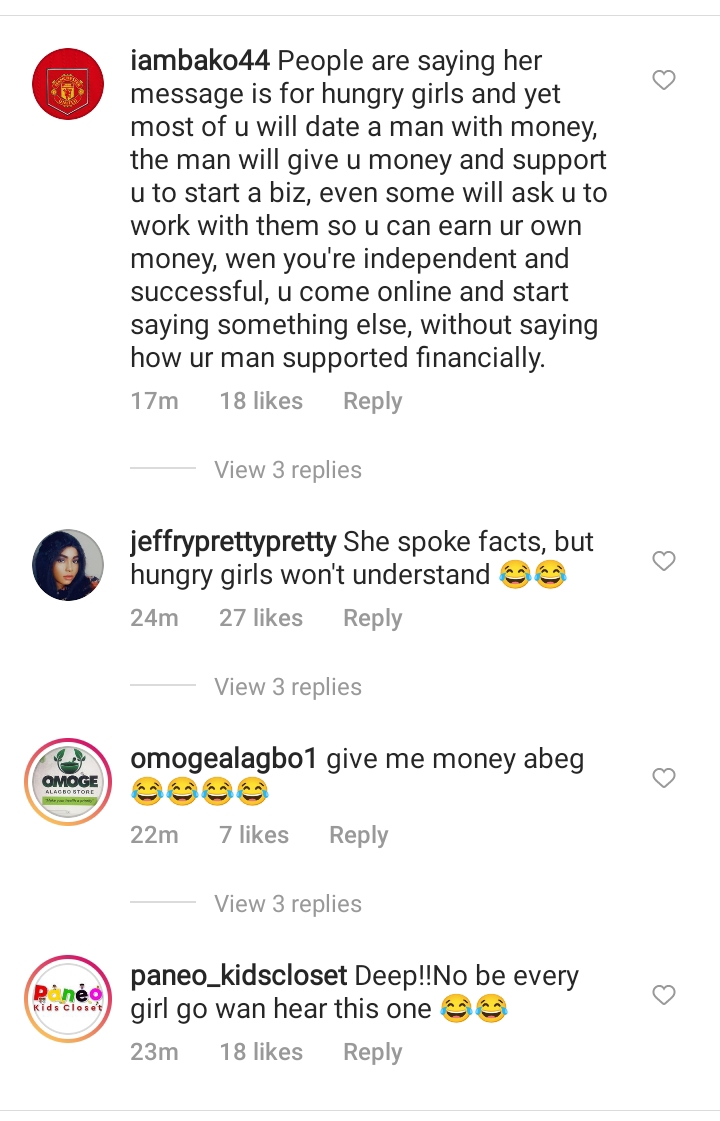 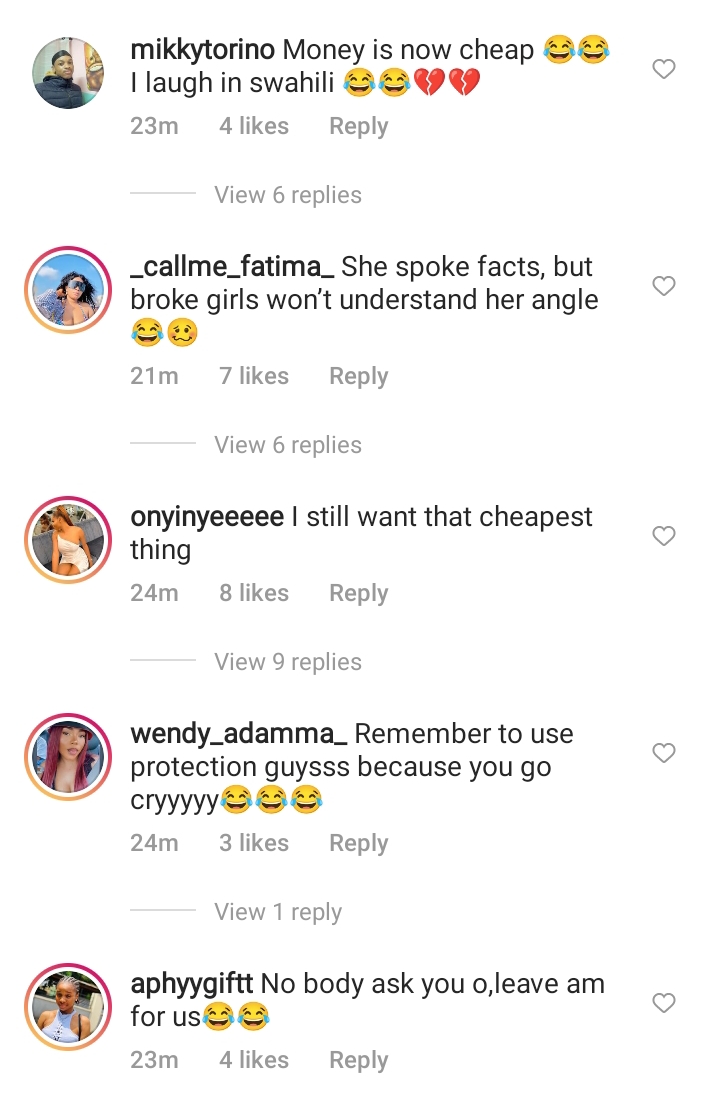