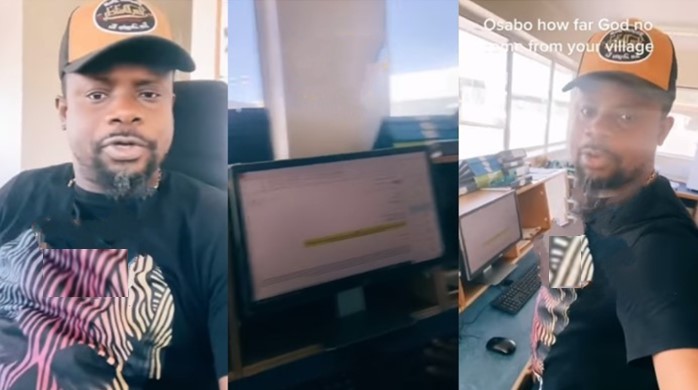 A Nigerian guy who lives and works in the UK has called out a relative he said had turned him down for a job. 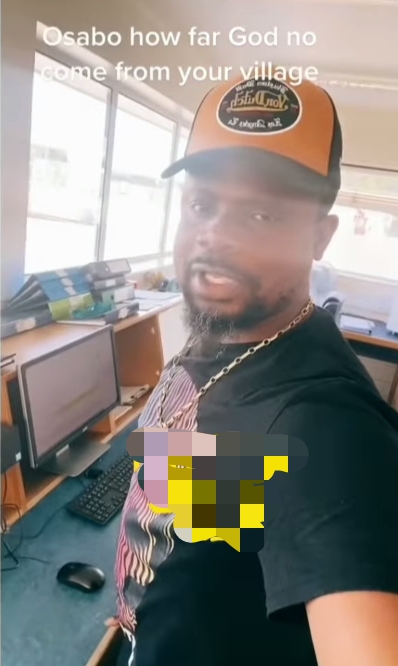 He addressed the relative he simply referred to as Osabo in a video message that was posted on social media.

The young man claimed that he pleaded with the owner to hire him at his poultry so that he could be feeding birds, but the man refused.

The man then boasted of a change in circumstance, claiming that he was now in London and employed in a computer-equipped office.

He added, “God no come from your village,” as he sat down on a chair like a boss and made fun of Osabo for not giving him a job when he needed one.