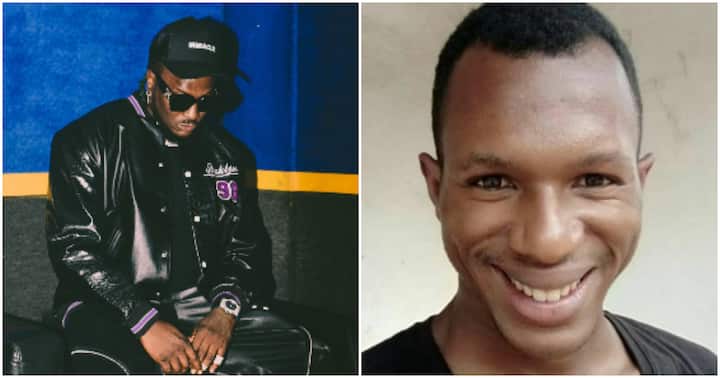 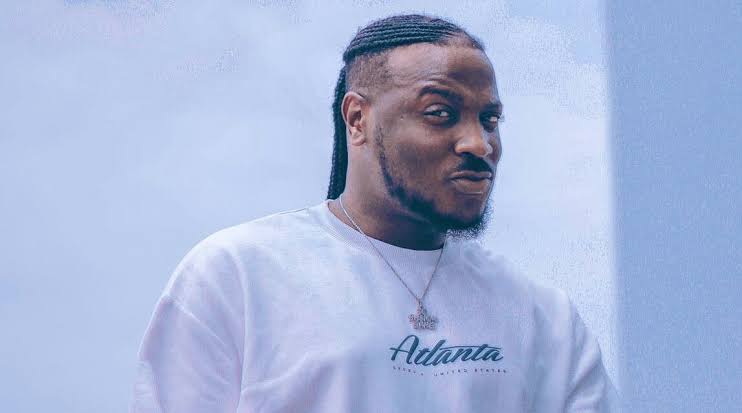 It had all started when the singer took to his Twitter page to write, “Na me bring” which Daniel Regha considered to be a shade at his colleague, Davido.

Daniel Regha reprimanded Peruzzi saying that he shouldn’t be shading his colleague.

“I don gain him heart” – Man excited after snatching…

“Peruzzi u shouldn’t be shading ur colleagues, especially since u are still an upcomer in the industry. Don’t inherit beefs to prove ur loyalty, or jump on trends to be in the spotlight, cos it will give u cl¤ut but may also ru!n ur career in the long-run. Always tread carefully.”

Reacting, Peruzzi blasted him saying that he is very certain that the Twitter user’s mouth stinks.

“Your Mouth Go Dey Smell. E Sure Me.” he wrote. 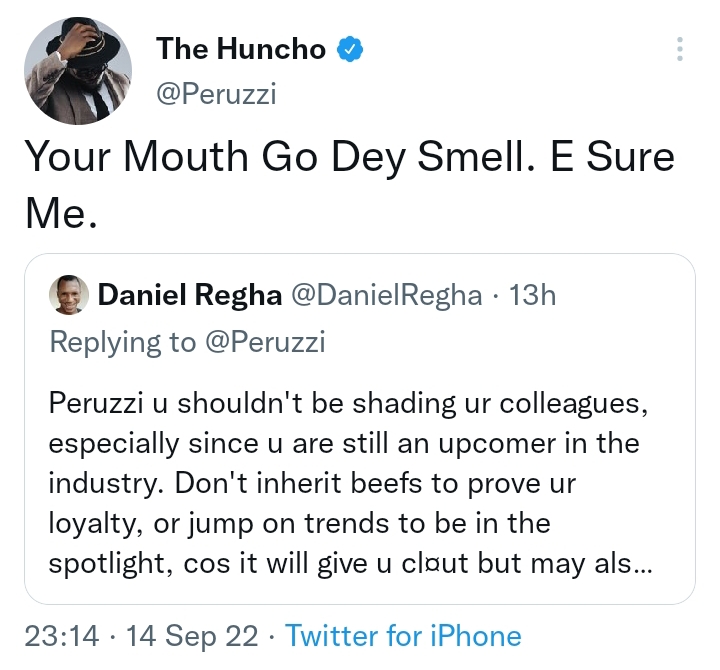 Portable roars after man revealed where he bought his ‘okirika’ (Video)