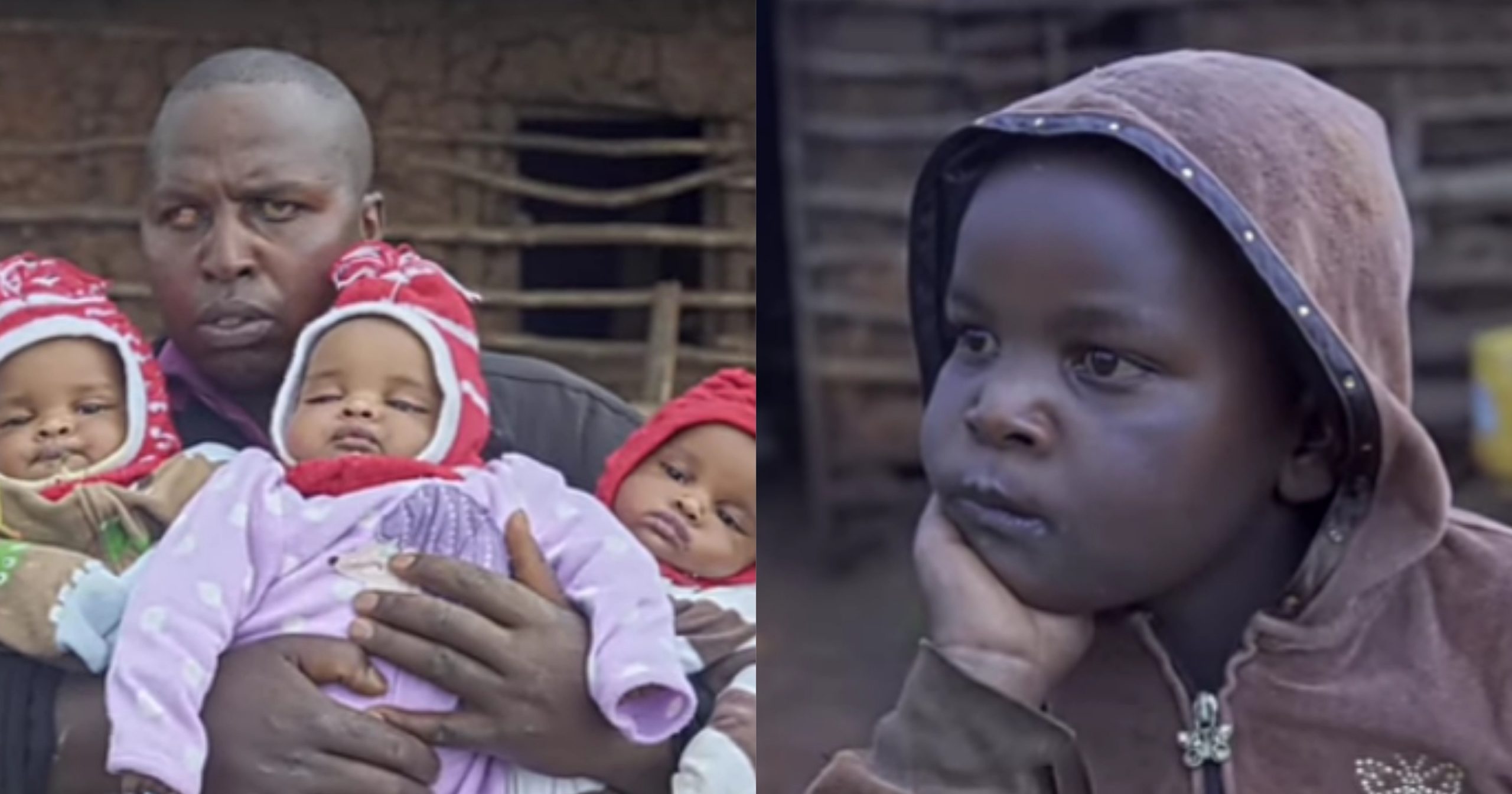 A man named George has asked for help from Netizens as his wife took ill shortly after birthing their triplets.

He already had two sons who are 7 years old and two years old respectively before his wife gave birth to the triplets.

Shortly after she gave birth through cesarean section, she started screaming and the doctors recommended that she be left in the hospital for treatment.

Businesswoman shares video of her dad working as bricklayer…

He has now been left alone to cater for the five kids and since cannot leave them alone, he has no job.

The house they live in is dilapidated and doesn’t even belong to him. He lamented that he can’t sleep well at night due to holes in the walls. He has to stay awake and make sure the kids are safe.

Despite the condition of the house, the owner might come and chase them out anytime. His friends have abandoned him but he is grateful that the children are in good health regardless of the circumstances.

Nigerian lady who works as barber, marries her customer (Video)