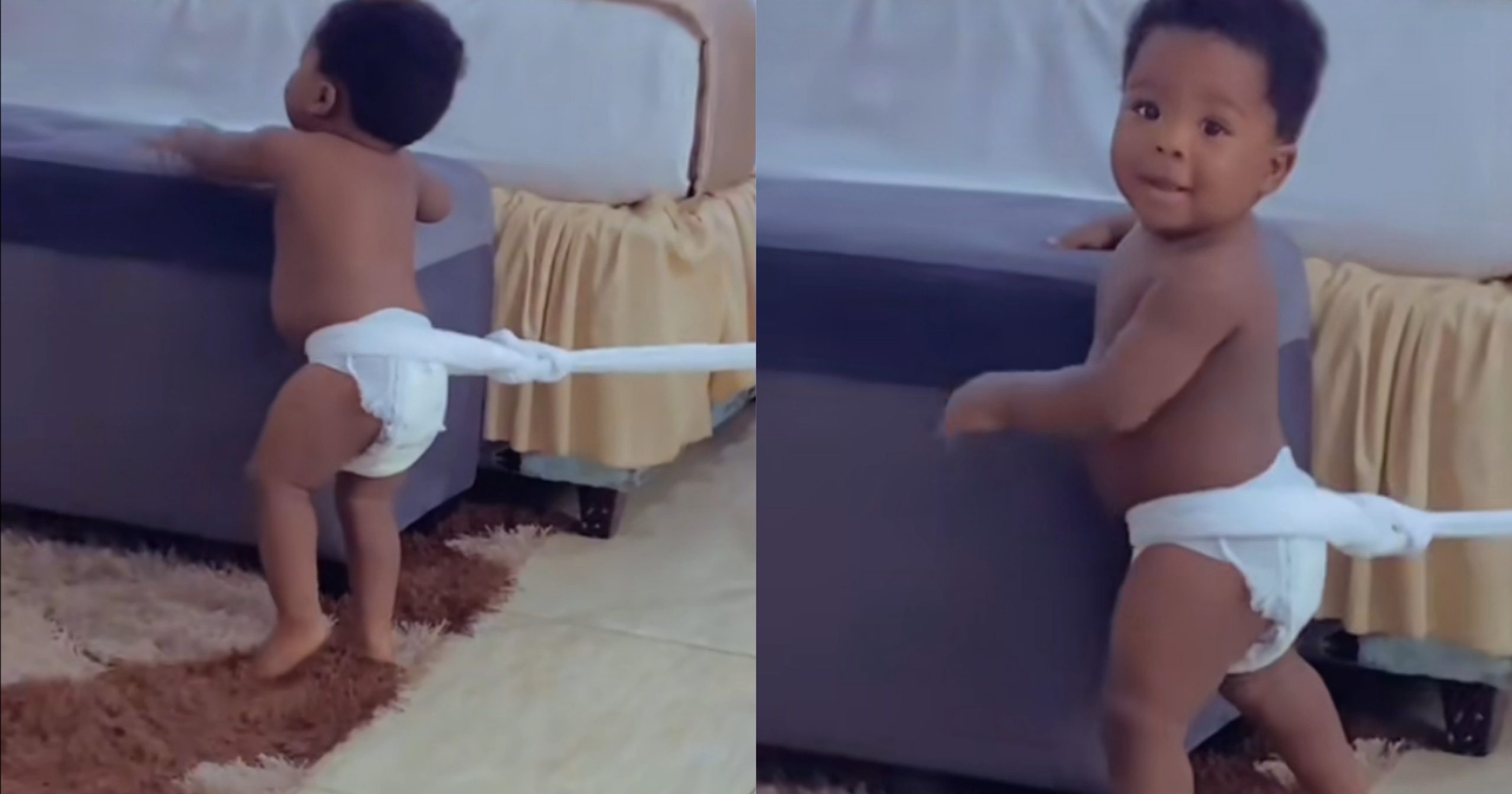 A video has been going viral on the internet and it shows a baby tied by the waist to a table because he was causing so much trouble.

The baby’s father decided to tie him to the table so that he can have some rest and despite being out in that position, he was still able to pull himself around.

Netizens confirmed that male children can be stressful to look after and they did not hesitate to pour out their hearts in the comments.

@BeBe: “Infants were not created to stay one place or to be quiet. It’s part of their growth.”